We love a good release date.

Production details have been announced for a second Downton Abbey movie and not to quote Line of Duty directly... but we're officially sucking diesel now. The celebrated upstairs-downstairs franchise is returning to the big screen and will land Christmas 2021, December 22 to be specific. The news comes over a year after producers admitted they were committed to creating a sequel to the 2019 smash-hit movie.

The original film followed a Royal Visit to the Crawley family and Downton staff from the King and Queen of England and ended with a ball fitting for the Royal Family. For the second outing, Downton's original creator Julian Fellowes will once again write the screenplay, with Emmy winners Gareth Neame and Liz Trubridge back to produce. Speaking about the announcement Gareth Neame, who doubles as executive chairman of Carnival Films said, “After a very challenging year with so many of us separated from family and friends, it is a huge comfort to think that better times are ahead and that next Christmas we will be reunited with the much-beloved characters of Downton Abbey.” 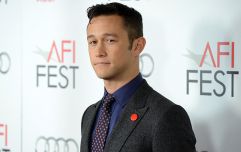 END_OF_DOCUMENT_TOKEN_TO_BE_REPLACED

In further good news, all our favourite actors, including Hugh Bonneville, Michelle Dockery, Imelda Staunton and Maggie Smith, will be returning to their roles and in addition, we'll also see some new faces including, Hugh Dancy, Laura Haddock, Nathalie Baye and Dominic West join the cast.

We don't have a huge amount of detail about what the story will focus on, but we do know the Crawley's won't disappoint. Focus Features will distribute the movie alongside Universal Pictures International, and chairman Peter Kujawski said, “There’s no place like home for the holidays, and we can’t imagine a better gift than getting to reunite with Julian, Gareth, and the entire Downton family in 2021 to bring the Crawley’s back home for their fans.”

We'd have to agree.

popular
Dami explains why he was "angry" during the Love Island reunion
Jacques O'Neill addresses Paige and Adam's relationship on Instagram
John Travolta pays moving tribute to Olivia Newton-John
Emmerdale actor Sam Gannon dies aged 31
Why Are Men so Obsessed With Boobs? The Answer is Pretty Surprising...
Fans unimpressed with the Love Island reunion
Woman (20s) stabbed fives times in attack in Co. Kerry
You may also like
10 months ago
Patrick Dempsey says he "fell in love" with Ireland while filming Disenchanted
10 months ago
Coco is officially the Ireland's favourite Pixar film, according to science
1 year ago
Nicolas Hoult cast in lead role of Dracula spinoff movie Renfield
1 year ago
QUIZ: How well do you remember Uptown Girls?
1 year ago
Don't panic but Chris Pine has been spotted in Ireland
1 year ago
Enchanted sequel: New pictures from the Enniskerry set as filming gets underway
Next Page