Julian Fellowes has announced a new TV show about the royal family.

The Downton Abbey creator is working on a new series based around a collection of paintings belonging to Queen Elizabeth.

Each episode of the series, called The Royal Collection, will draw from individual pieces of art that are currently housed across 13 royal residences in the UK.

Every episode will tell a different story and end with a portrait being painted.

Simon Cowell's production company Syco will also be involved in the project. 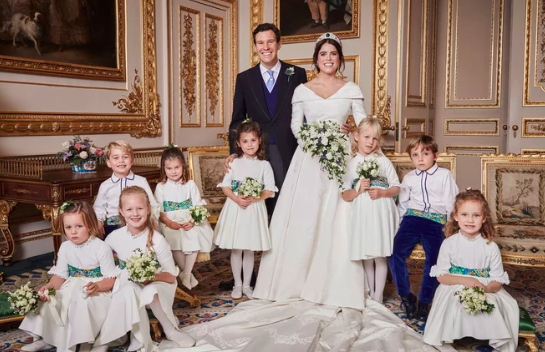 "We’re doing stories behind portraits in the royal collection. This came out of conversations about every great film like The Duchess.

"The portraits hang in the royal collection and there’s incredible stories behind them."

They said that it was Fellowe's idea to have a portrait painted at the end of each episode.

"For instance, one of the stories is a servant who worked for three kings and the queen," they said. "It’s a bit like The Butler. They’re all fascinating stories."

The writer is currently working on the Downton Abbey film which is scheduled for release next year.

Girls With Goals || Her · Ep.161: Feeling Peachy - Sharon Keegan of Peachylean on being an absolute BOSS!
popular
Big Brother star left temporarily blinded and scarred after TikTok DIY beauty 'hack'
Why Are Men so Obsessed With Boobs? The Answer is Pretty Surprising...
How to INSTANTLY unblock your stuffy nose (we swear this works)
Someone has ranked the penis size of men from all over the world
The First Quadrillionaire? Paypal Accidentally Gives Man $92 Quadrillion
More footage of Tristan Thompson cheating on Khloe has emerged
Fantastic Beasts star Kevin Guthrie jailed for three years following sexual assault
You may also like
1 year ago
Grab the popcorn because all six seasons of Downton Abbey are on NOW TV
1 year ago
The producer of the Downton Abbey movie has revealed they are working on a sequel
1 year ago
Downton Abbey producer Liz Trubridge on the possibility of a second movie
1 year ago
The real life Downton Abbey is available to rent on Airbnb for a once in a lifetime experience
1 year ago
6 reasons to go and see Downton Abbey as it hits the cinema today
1 year ago
7 pieces to add to your wardrobe that will give a nod to Downton Abbey
Next Page