Dwayne Johnson has responded to those Davina McCall messages

The TV host revealed she had repeatedly messaged the movie star in the hopes of meeting him someday, saying:

"I want to meet him. But, in a sad fan way," she told Jo Elvin on the Is It Just Me podcast.

"I’m literally sending him messages all the time."

Funniest story of the year so far ! That I’m secretly messaging @TheRock because I’m newly single! ??? he is v happily married ( I hope) I do think he is fab tho ????? pic.twitter.com/bocRHkFQuP

Well, she’s on the right track it seems as Dwayne Johnson admitted he would be keeping an eye out for Davina’s messages from now on.

In an interview with The Sun, the Jumanji star shared his advice for Davina after her marriage ended, telling her to “just keep going”.

“She is going through a difficult time at the moment, so my advice to her is to just keep going,” he said.

“I’ve been there, I have been in a dark place, and if there’s one thing she needs it is to talk things out, because nobody should be suffering in silence.” 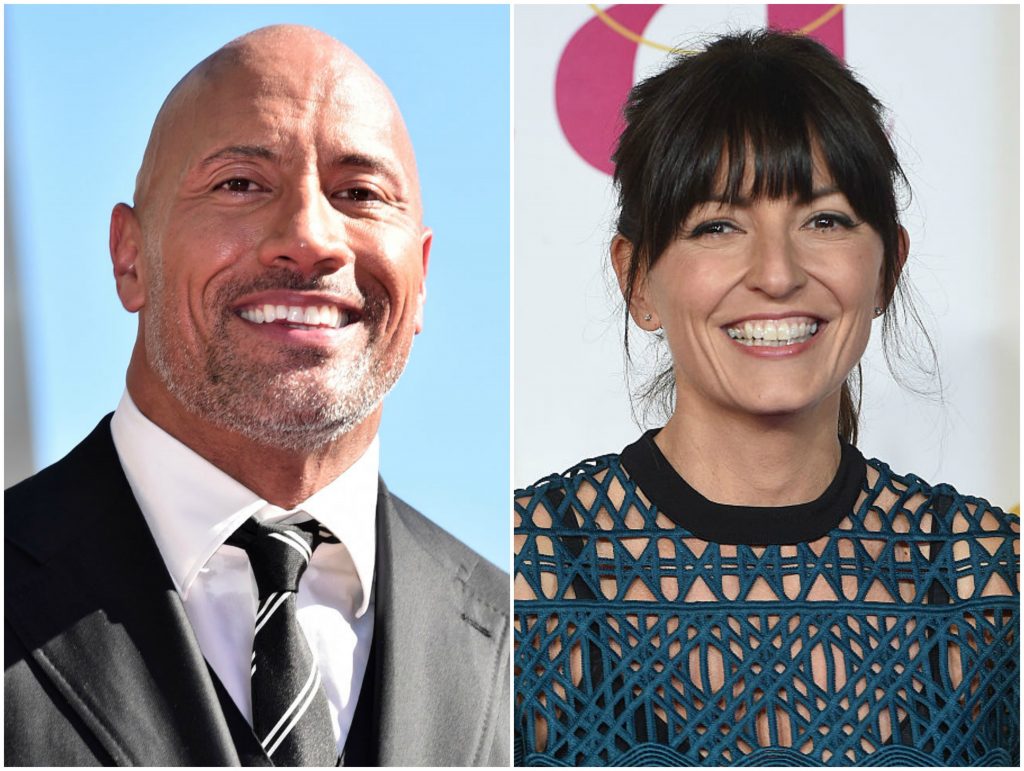 The 45-year-old actor split from his first wife, and mother of their now 16-year-old daughter, after 10 years of marriage.

Dwayne now says that he’ll be keeping an eye out for Davina’s messages in the future.

“Davina seems like she has a lot of positive energy herself because saying nice things about others is a big sign that you are confident in yourself.”

Girls With Goals || Her · Ep.161: Feeling Peachy - Sharon Keegan of Peachylean on being an absolute BOSS!
popular
Bride dislocates her leg during her first dance in viral clip
Emilia Clarke is set to be the next Marvel superhero
Goodbye McDreamy! Disenchanted officially wraps filming in Enniskerry
People are sharing why they wouldn't go on Love Island, and their reasons are gas
Met Éireann issue thunderstorm warning amidst heatwave
Love Island fans reeling after shocking recoupling
Travel (again): 10 reasons a trip to Oslo should be at the top of your wish-list right now
You may also like
2 weeks ago
Lottie Ryan says son Wolf is a "gift from dad" Gerry Ryan
2 weeks ago
Police called to Rihanna's house after man breaks in
1 month ago
Journalist fired for racist tweet about Harry and Meghan's newborn daughter
4 months ago
Sarah Harding reveals her cancer has spread and admits this Christmas was 'probably her last'
4 months ago
Stacey Solomon has revealed the role her boys (and dogs) will play at her wedding
5 months ago
JoJo Siwa introduces her new girlfriend in anniversary Instagram post
Next Page