EastEnders looks set to start filming again by the end of next month.

Back in March, the BBC confirmed that filming on the long-running soap had been shut down due to the coronavirus pandemic.

They have since cut back on the number of episodes broadcast per week in an effort to keep the residents of Albert Square on our telly screens for longer. 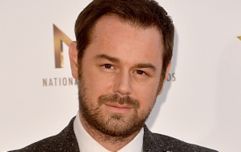 END_OF_DOCUMENT_TOKEN_TO_BE_REPLACED

Now, BBC director of content Charlotte Moore has confirmed that EastEnders and Top Gear will be back in production at the end of the month - with some changes in place.

In a blog post on the BBC website [via Deadline],  she said that they had been “looking very carefully at how we can safely put some of our shows back into production.”

“I’m pleased to announce that we plan to begin filming again on both EastEnders and Top Gear by the end of next month,” she continued.

She added that they will be “working within government guidelines”, with strictly limited crews and social distancing members in place.

Cast members will also be asked to do their own hair and make-up.

“We want to serve our audiences and help TV production get back on its feet, but the number one priority will remain the safety and well-being of production teams and those who work with them,” she said.

popular
Special mass to be held for Urantsetseg Tserendorj's anniversary
Deirdre Morley issues medical negligence action against HSE and hospital
Love Island's Amber Gill could be banned from Instagram over ad controversy
And Just Like That... episode 8: Nobody saw this one coming
Adele heartbroken as she cancels Las Vegas residency dates
Covid restrictions: What can we expect to see today?
People are only realising Kendall Jenner and Gigi Hadid are related and the reactions are gas
You may also like
1 month ago
Eastenders star praised for showing her breast cancer scars on television
2 months ago
Strictly's Rose Ayling-Ellis leaves EastEnders to focus on dancing
5 months ago
EastEnders' Rose Ayling-Ellis to become Strictly's first deaf contestant
1 year ago
EastEnders and Carry On legend Barbara Windsor dies aged 83
1 year ago
EastEnders shuts down filming amid coronavirus outbreak
1 year ago
Apparently, Emmerdale is the most stressful soap for fans to watch
Next Page