This Emmerdale star is already begging to return to the show

He’s only gone a wet week.

We hardly need to tell you but we will just in case – spoiler alert!

A fan-favourite from Emmerdale is due to depart over the Christmas as part of a big storyline, however, the actor is now asking to stay... or come back? Whatever. 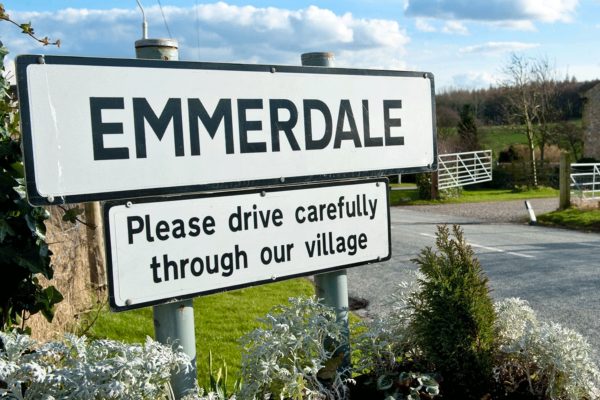 While Adam Thomas’ character Adam Barton is still alive and well in the show, the actor finished filming his scenes for the soap weeks ago.

However, he has just taken to Twitter to ask producers to bring him back.

Yep, he’s not even made his big exit yet and he’s already missing the Dales.

Posting on Twitter yesterday, Adam asked the folks in the writer’s room to consider bringing him back.

“Dear Emmerdale,” read the tweet. “I know it’s only been a few weeks but I’m ready to come back now, even if I am a ghost… it’s been done before.”

Dear @emmerdale I know it's only been a few weeks but am ready to come bk now even if I am a ghost ... it's been done before ?

Adam revealed that he was leaving the soap back in June of this year after eight years on the show.

popular
Family of four found dead in hotel sauna
The First Quadrillionaire? Paypal Accidentally Gives Man $92 Quadrillion
"Real-life consequences": Strictly's Adam Peaty addresses near-kiss rumours
Gwen Stefani reportedly pregnant with baby number four
Little Mix's Leigh Anne Pinnock addresses haters in tearful speech at 30th birthday party
Someone has ranked the penis size of men from all over the world
HSE chief Paul Reid says it's "time to hit the reset button" as hospitals battle Covid surge
You may also like
2 weeks ago
Love Island’s Jake reveals he no longer speaks to any of the girls from the villa
3 months ago
Lottie Ryan says son Wolf is a "gift from dad" Gerry Ryan
3 months ago
Police called to Rihanna's house after man breaks in
4 months ago
Journalist fired for racist tweet about Harry and Meghan's newborn daughter
7 months ago
Sarah Harding reveals her cancer has spread and admits this Christmas was 'probably her last'
7 months ago
Stacey Solomon has revealed the role her boys (and dogs) will play at her wedding
Next Page