Emmerdale viewers complain as rape scene broadcast before the watershed

Emmerdale viewers have complained that a rape scene was broadcast before the watershed.

A flashback sequence during last night's instalment of the soap depicted Victoria Barton being sexually assaulted by a man named Lee.

She had left the club after Amy, Kerry, Bernice and Rhona disappeared in a taxi during the Big Night Out and bumped into Lee and his friend, John.

After convincing John to leave them alone, Victoria and Lee end up in her house together. 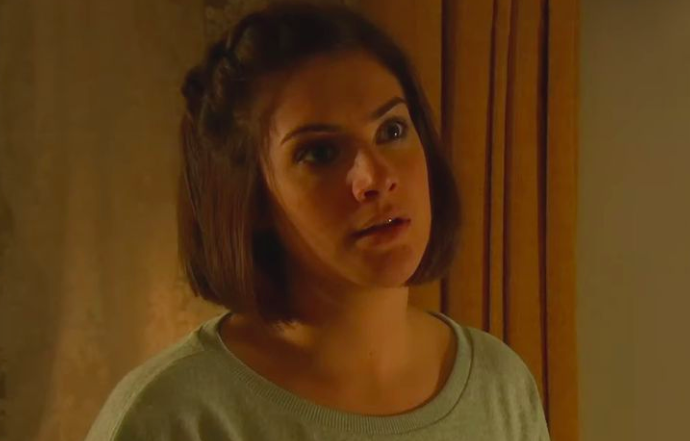 She goes upstairs and tells him to call himself a taxi, but he enters her bedroom and proceeds to attack her.

"Don't act like you don't want this," he says before forcing her face down into the pillow. Victoria screams as Lee covers her mouth and says: "Don't be a tease. Nobody likes a tease."

The scene was incredible difficult to watch and left many viewers wondering whether it was appropriate to be broadcast before 9pm on a Wednesday evening.

Others, however, pointed out that a warning had been issued before the episode and therefore, there was no need for such backlash.

#Emmerdale very early for this kind of thing. Yes I know there is no time limit on this in real life but still there is kids watching

Bit early for rape isn’t it? What happened to the nanny state? Not suitable pre watershed in my opinion #Emmerdale

The casting of Kris Mochrie as Lee also led to much criticism online as the actor had previously been sentenced to two years in prison for the supply of date rape drug, GHB.

After his release, Mochrie said that he "didn't know" GHB was the date rape drug. He was soon welcomed back into the acting community, landing roles on Coronation Street and now Emmerdale.

Ofcom received 39 complaints regarding the scene from last night's episode.

A spokesperson said: “We are assessing these complaints against our broadcasting rules, but are yet to decide whether or not to investigate.”

popular
Aww... Actor Sam Page Shares Wedding Snaps on Instagram
'That’s the most honest answer': Skeet Ulrich reveals why he is leaving Riverdale
After days of silence, Scott and Sofia finally comment on the break up rumours
Gwen Stefani reportedly pregnant with baby number four
Someone has ranked the penis size of men from all over the world
Cristiano Ronaldo has been called 'racist' for his latest Instagram post
So, William and Harry have a step sister... and who knew?
You may also like
3 days ago
'Completely lost': Model Sarah Morrissey shares touching tribute to mother after recent passing
2 weeks ago
Duffy felt 'liberated' after sharing kidnapping ordeal, encourages fans to talk
1 month ago
Life of Pi and Slumdog Millionaire actor Irrfan Khan has passed away, aged 53
1 month ago
'Until we meet again' Samantha Mumba shares tribute to dad who passed away last month
1 month ago
Cork girl battled cancer at 20 months old - now she and her mum are fighting for research funding
1 month ago
#Covid-19: 36 further deaths, 345 new cases of coronavirus in the Republic of Ireland
Next Page