Any kid who grew up in the 90s probably remembers watching Round The Twist as part of their regular TV routine.

Round the Twist, an Australian children's fantasy television program,  was the story of three children and their widowed father who live in a lighthouse in the fictional coastal town of Port Niranda.

Opinion: Why do we let YouTubers get away with everything?

END_OF_DOCUMENT_TOKEN_TO_BE_REPLACED

Throughout the four seasons that the show was on air we saw the Twist family become involved in many bizarre magical adventures.

It's rare you ever see a re-run of Round The Twist on TV but if you fancy diving back into the strange and wacky adventures of Dad Twist and the Twist kids you're in luck.

Hosted on the Twisted Lunchbox - Australia’s Best Kids TV channel, there's literally days worth of binge watching fun to be had with the Twist gang.

Even better, if you have kids you can stick it on and introduce a new generation to the madness and the mayhem that always seems to be happening in Port Niranda. 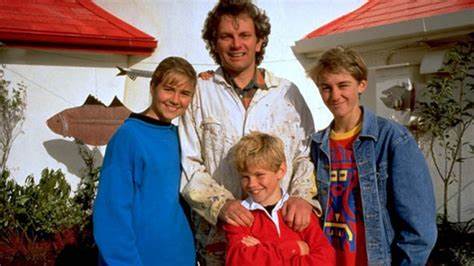 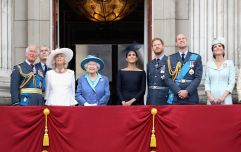 'Banned' documentary about the Queen is leaked to YouTube

END_OF_DOCUMENT_TOKEN_TO_BE_REPLACED

Round The Twist is one of those classic 90s kids shows that often gets forgotten about amongst huge shows like Sister Sister, Kenan and Kel and Biker Grove, but it's definitely one of the most original kids TV shows out there.

If you've never seen Round The Twist, stick it on, you won't regret it. If you have seen it before, still stick it on and relive all the fun with family who live in the lighthouse.

You can check out every episode of Round The Twist here.

popular
Gabby Petito disappearance: FBI confirm remains found are that of missing woman
Germans shocked as cashier killed for asking about a face covering
New 911 call claims Brian Laundrie 'slapped' and 'hit' Gabby Petito
Designer Tom Ford's husband of 35 years dies at 72
Mother reunited with daughter who was abducted in 2007
Brian Conley Reveals The Truth About His Exit From I'm A Celebrity... Get Me Out Of Here
Woman claims to have picked up Gabby Petito's fiancé hitchhiking
You may also like
3 weeks ago
Molly Mae Hague urges fans to check breasts as she finds benign lump
5 months ago
YouTube demonetised James Charles' account after he admits to messaging minors
5 months ago
Mafia fugitive caught after police found his cooking videos on YouTube
7 months ago
Demi Lovato had three strokes and a heart attack following 2018 overdose
7 months ago
Dance Moms' JoJo Siwa says "wonderful" new girlfriend helped her come out
11 months ago
WATCH: Former classmate of Paris Hilton opens up on reform school experience
Next Page