Everybody's watching Netflix's Maid - and for good reason too

You may have missed it amid the Squid Game buzz, but a recent addition to Netflix is winning fans left, right and centre, and we can understand why.

Maid, a limited Netflix series from Molly Smith Metzler, is based on Stephanie Land's memoir Maid: Hard Work, Low Pay and a Mother's Will to Survive.

END_OF_DOCUMENT_TOKEN_TO_BE_REPLACED

The 10-part drama stars Margaret Qualley as Alex, a mother who branches out on her own with her young daughter after leaving her abusive boyfriend.

Maid has been heralded by critics for numerous reasons - Qualley's performance, the dialogue, the visuals - but it's also been praised for its nuanced and honest look at the reality and perceptions of emotional abuse. 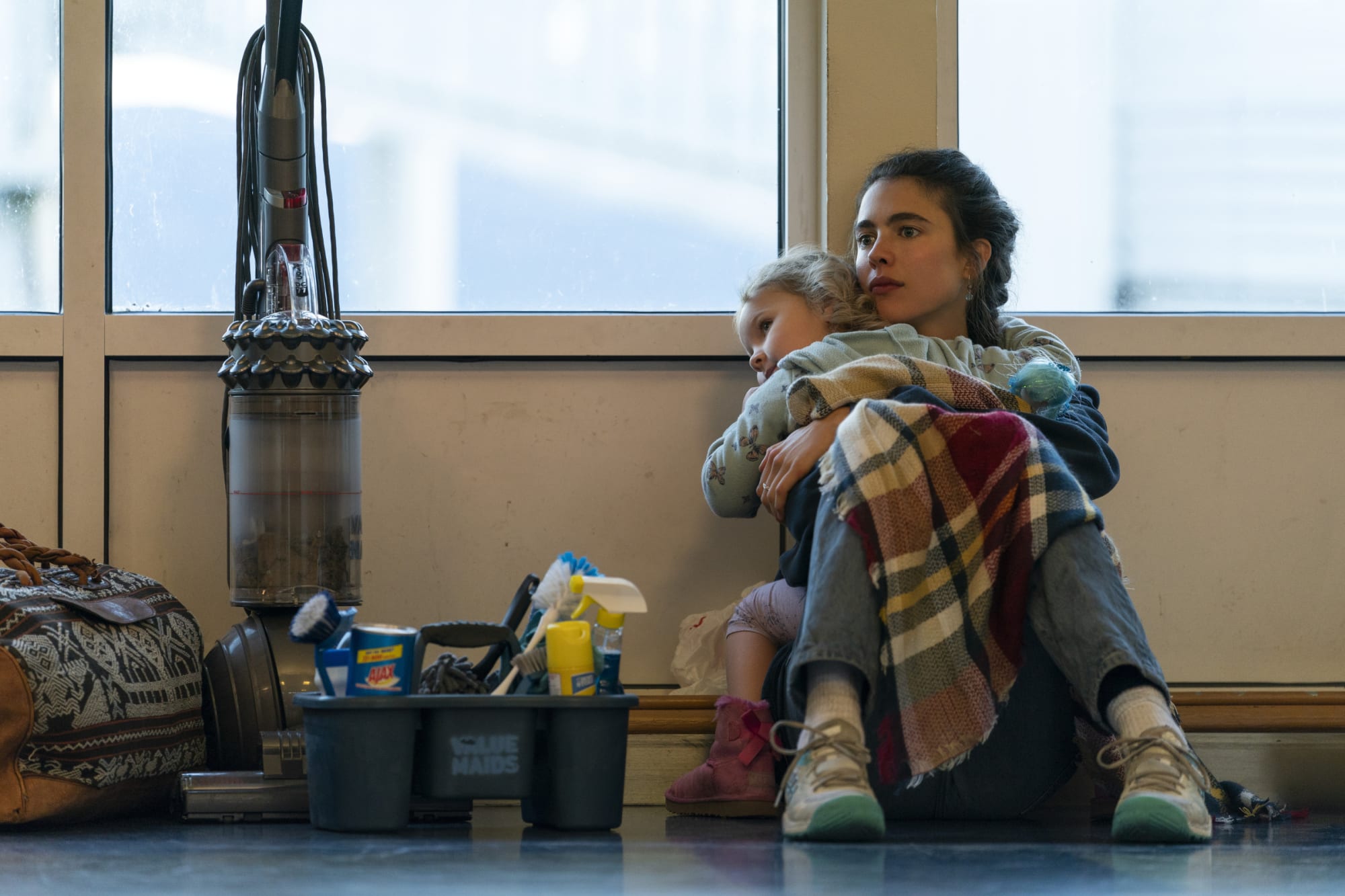 END_OF_DOCUMENT_TOKEN_TO_BE_REPLACED

The organisation writes: "It is often unseen or intangible to those outside the relationship. Emotional abuse is as harmful as physical violence. It often involves threats of and actual physical or sexual abuse."

Maid offers an unflinching look at the what emotional abuse can look like, and the barriers survivors face even after leaving their partners.

For instance, after being urged by a social worker to check into a domestic violence shelter, Alex is reluctant, and worries she's taking a bed from someone who is "actually being abused".

And yet Sean (Nick Robinson) ticks all the boxes of emotional abuse and coercive control. He takes charge of her finances, he punches walls, he wakes her up to verbally abuse her over dirty dishes. On the night she leaves, Alex has to pick pieces of broken glasses out of her toddler's hair.

END_OF_DOCUMENT_TOKEN_TO_BE_REPLACED

Maid also shines a light on the way in which the justice system fails survivors of domestic violence. While she receives loving support from the shelter, Alex eventually has to move out and finds herself living among former convicts in a halfway house block.

Additionally, Sean takes Alex to court and attempts to secure sole custody over Maddy. And, while Sean's treatment of Alex qualifies as emotional abuse by the domestic violence shelter's standards, the court doesn't see it that way. Insisting that Sean "never laid a hand" on Alex, the court uses the fact that Alex didn't immediately file a police report against Sean as evidence that he is not abusive.

Indeed, Maid succeeds in capturing the way in which the odds are stacked against survivors of emotional abuse, and yet it's so much more than that. Alex is a fully-rounded character with dreams and ambitions. She doesn't just exist to facilitate a domestic violence storyline.

Moreover, the drama doesn't indulge in gratuitous violence. There is no shock factor. Instead, the story is told creatively, as the drama flip flops between the very real world of Maid, and Alex's own perceptions. In one scene, overwhelmed by the courtroom proceedings, the charaters stop making sense, and instead communicate using only the word 'legal'.

On top of all that, the drama sees Qualley's real-life mother, Andie MacDowell, join Qualley as her eccentric but frustrating mother.

Maid is now streaming on Netflix.

popular
Adam Collard responds to claims he cheated on Paige Thorne
Woman who 'fell off' rollercoaster ride is identified
Ellie Simmonds targeted by online abuse following Strictly debut
Corrie actress Lucy Fallon pregnant after miscarriage heartache
Netflix's true crime series Sins of our Mother is seriously insane
So, William and Harry have a step sister... and who knew?
Alec and Hilaria Baldwin welcome their seventh child
You may also like
1 week ago
A docuseries about the 'Bling Ring' is coming to Netflix
2 weeks ago
The Handmaid's Tale confirmed for a 6th and final season
2 weeks ago
Netflix reveals full list of scary shows and movies arriving between now and Halloween
2 weeks ago
Gemma Owen reportedly set to star in show about footballers' daughters
3 weeks ago
Here's what's coming to Netflix in September
4 weeks ago
Channel 4 to air controversial musical about Prince Andrew
Next Page