Even if you have yet to see it though, you can probably hazard a fairly accurate guess as to what it entails - McGregor in a suit, doing something to emphasise how much money he's got, while eating a burger.

END_OF_DOCUMENT_TOKEN_TO_BE_REPLACED

That, in a nutshell, is pretty much it. There's a private jet in there too and an assertion from McGregor that he's finally found "a real contender who can bring the heat."

This contender in question is, naturally, a spicy crispy chicken sandwich from Burger King.

Not our first choice as an opponent in the ring but sure look, anything that keeps us from having to deal with the McGregor/Mayweather 'feud' and how little we care about it is a positive in our books.

In the ad, McGregor is also joined by the lad himself - the Burger King. 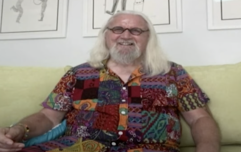 END_OF_DOCUMENT_TOKEN_TO_BE_REPLACED

He pops onto the MMA champion's private jet to deliver his spicy chicken based meal, eventually standing around on the red carpet when the jet lands.

McGregor also makes some sort of comment about the haters putting his son through college or something.

There are two kings in this picture and only one in the fight game. Forget the rest. Big news on the way. @burgerking. #ad pic.twitter.com/aayNQuFDxP 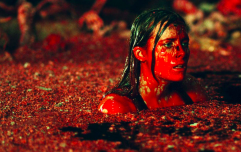 END_OF_DOCUMENT_TOKEN_TO_BE_REPLACED

Anyway, it's probably fair to go ahead and assume that McGregor made a lot of serious coin from this ad.

And in fairness, you'd want to to be sharing a meal with a lad in a giant Burger King head.

Still though, that didn't stop a lot of people from ripping the piss out of McGregor's newest (and spiciest) opponent on Twitter.

How bad is that Burger King Ad with McGregor 😂

There’s only one thing I think of when I watch that Conor McGregor Burger King ad #Happy pic.twitter.com/QkJzgPgprC

popular
Late Late Show viewers are not happy with Ryan's questions for Billy Connolly
10 items from Zara for the perfect autumn capsule wardrobe
Former detective chief says Brian Laundrie discovery is "strange"
Paris Hilton says she was "slapped" and "strangled" as a teen in youth care
This hot water bottle pouch is perfect for menstrual cramps
Strictly microphones pick up gas audio from the contestants
Festive feels: Dominos has launched their first-ever Christmas-themed pizza
You may also like
7 months ago
Burger King really said: "Women belong in the kitchen"
11 months ago
Burger King urge customers to go to McDonald's in order to help the restaurant industry
1 year ago
Deliveroo and Burger King introduce The Rebel Patty - the delish vegetarian Whopper alternative
2 years ago
Burger King to remove all plastic toys from kids meals in UK
2 years ago
These new deep-fried feta cheese bites from Burger King have stirred some strong emotions in us
3 years ago
Burger King is now DELIVERING in Dublin, and we're honestly overwhelmed
Next Page