Everything we know about so far about House of Gucci

House of Gucci is released later this month.

Lady Gaga and Jared Leto are starring in a new movie about the murder of Maurizio Gucci by his ex-wife Patrizia Reggiani in 1995.

House of Gucci is based on Sara Gay Forden's book, The House of Gucci: A Sensational Story of Murder, Madness, Glamour, and Greed. It follows the true story of how the head of the fashion house Gucci was murdered by his ex-wife and the trial that would later ensue.

END_OF_DOCUMENT_TOKEN_TO_BE_REPLACED 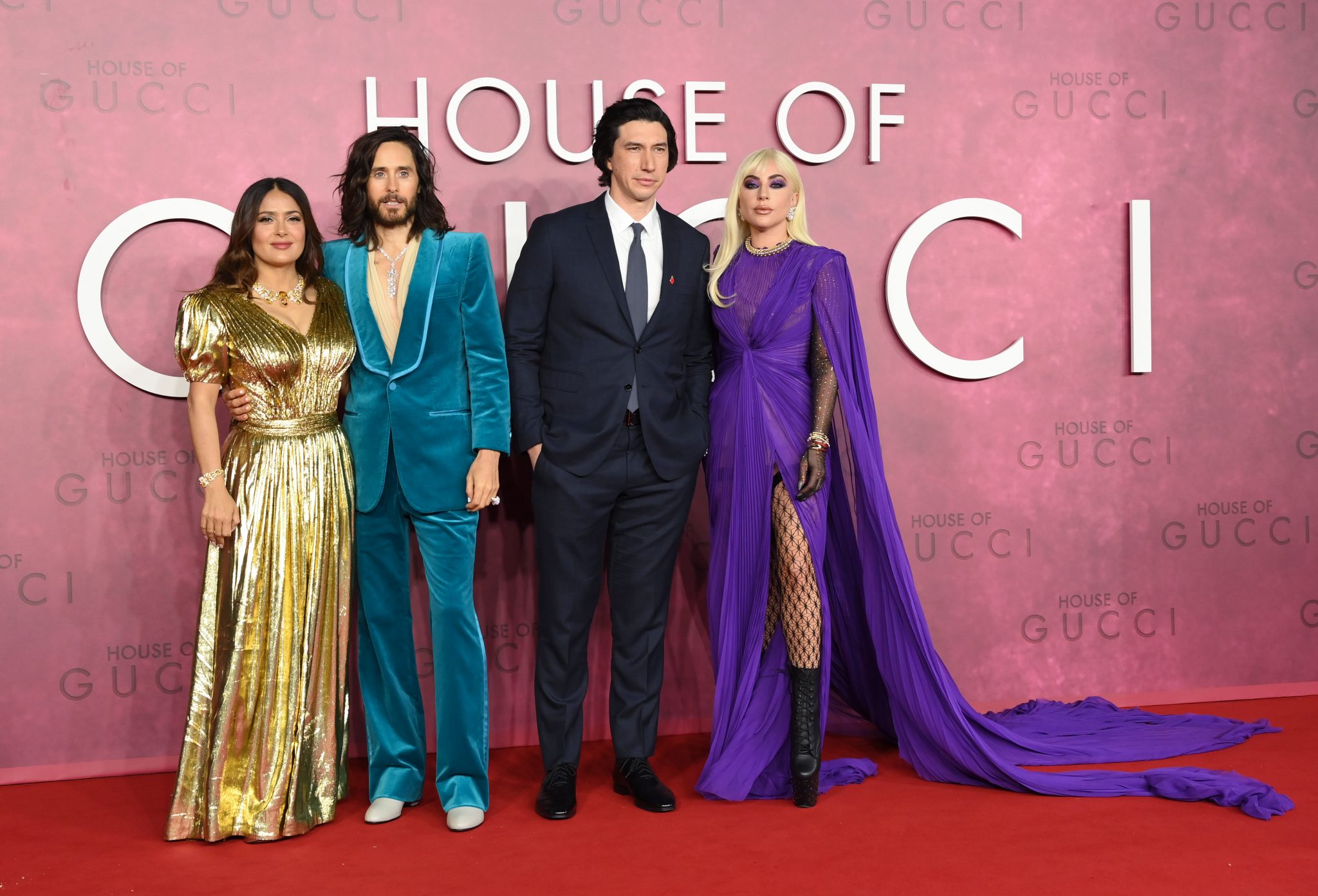 This is Gaga's first performance since her Oscar-winning role in A Star is Born. She remained in character for 18 months while filming and has said that she feels connected to the character of Patrizia. "I would say that in terms of letting the character go, I don't know that I'd ever let her go."

The premiere was as glamorous as the film's plot - Jared Leto is one of Gucci's brand ambassadors and was dressed head to toe in their designs in a fitted blue velvet suit. Lady Gaga and Salma Hayek followed suit with Gaga in a purple chiffon gown and Hayek in a pleated gold number.

So far the film has received some mixed reviews. On one hand, it has been called "the most quotable/meme-able movie since Borat", and on the other hand, it has been referred to as a "crowdpleaser that critics will not support." 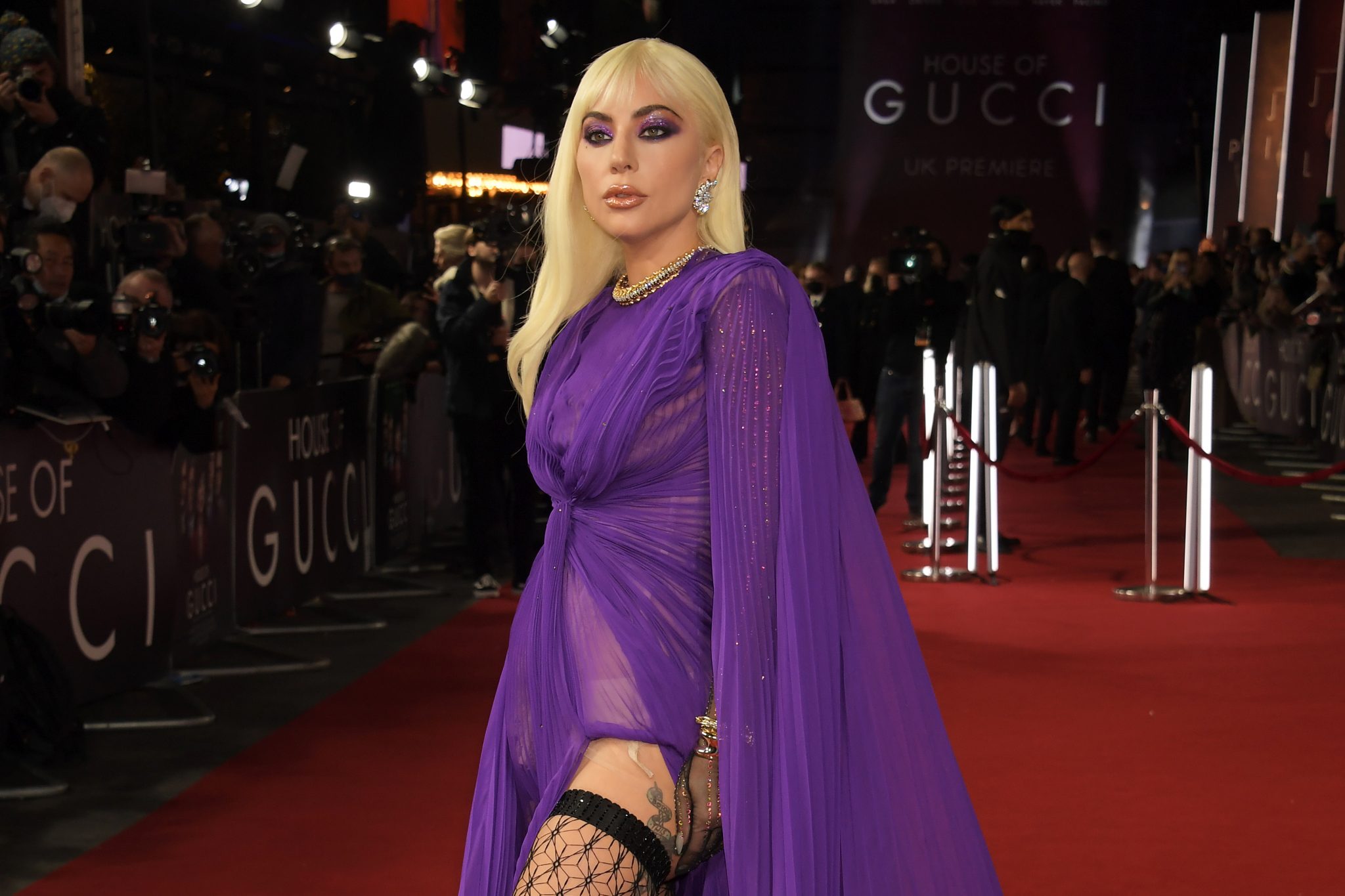 END_OF_DOCUMENT_TOKEN_TO_BE_REPLACED

The Gucci family in particular is not happy with this depiction of the story. "They are stealing the identity of a family to make a profit, to increase the income of the Hollywood system," they said. "Our family has an identity, privacy. We can talk about everything. but there is a borderline that cannot be crossed."

Patrizia Reggiani also came out to say she was "annoyed by the fact that Lady Gaga is portraying me in the new Ridley Scott film without even having the courtesy or the good sense to come and meet me."

You will be able to make up your mind about House of Gucci on November 26 when it's released in Ireland - and you can get a small taste with this trailer.

popular
Dami explains why he was "angry" during the Love Island reunion
Jacques O'Neill addresses Paige and Adam's relationship on Instagram
Emmerdale actor Sam Gannon dies aged 31
John Travolta pays moving tribute to Olivia Newton-John
Woman (20s) stabbed fives times in attack in Co. Kerry
Barry Keoghan announces the name of his baby boy
Deborah Meaden urges fans to be vigilant for signs of skin cancer
You may also like
4 days ago
Man involved in Lady Gaga dog-walker robbery jailed for 4 years
3 months ago
Gunman accused of stealing Lady Gaga's dogs is mistakenly freed from jail
4 months ago
WATCH: Did Lady Gaga throw shade at Caitlyn Jenner at Oscars party?
6 months ago
Tributes pour in for fashion designer Thierry Mugler, who has died aged 73
8 months ago
Gucci family say Ridley Scott's new film portrays them as "thugs"
8 months ago
You can rent out the house from House of Gucci on Airbnb
Next Page