Roadkill: Everything you need to know about Line of Duty director's new drama

The director of Line Of Duty is bringing us Roadkill. Get ready.

There's nothing we love more than a good political drama on our screens, so it's good to hear there's a new four part series set to take up some of our time over the next few weeks.

You'd think that we'd have enough of politics from the real world, but real world politics just gives us more of a craving for made up politics because at the end of the day both seem a little bit unbelievable.

BBC's Roadkill is looking set to be the talk of the town upon its release, and from the director of Line of Duty, you'd be surprised if it wasn't.

Here's all you need to know...

The series follows a controversial Conservative minister who finds himself in a difficult situation when some personal revelations are brought up that could put his career in jeopardy.

Hugh Laurie, who plays the minister in question, says: “There are three or four different stories interlocking in different places with different hopes or dreams being realised or dashed.” 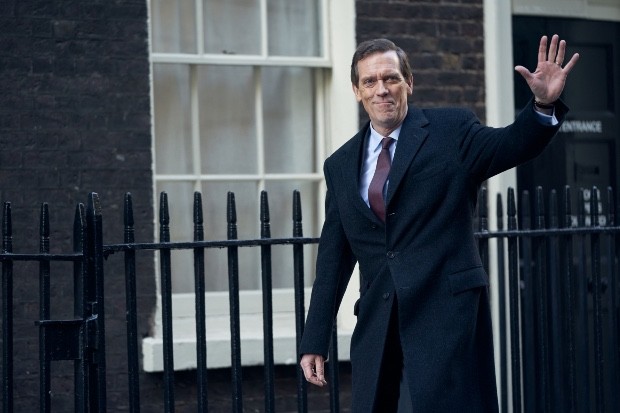 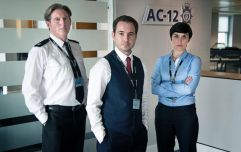 Line of Duty production will resume next month

END_OF_DOCUMENT_TOKEN_TO_BE_REPLACED

“Mine is a parallel world to the real one, and there is no secret passage between the two," adds writer David Hare.

"You will be wasting your time if you think that the purpose of the series is to work out who everyone is ‘meant to be’."

You'll also be happy to hear that in Roadkill, "neither Covid nor Brexit consume every politician’s waking hour." Great.

So, of course there's an amazing cast lined up for the series.

Laurie says: “The story is in some regards about the price he is prepared to pay to get to the top position and the price that he forces everyone else to pay, principally his family but also those who pledge their loyalty to him.

"He is a man who is relatively free of the gravity of guilt and whose life mission is to keep moving forward and not to look back."

When can we watch?

Theres no exact release date just yet but the BBC says all four episodes of Roadkill will be coming soon to BBC One and BBC iPlayer.

popular
Someone has ranked the penis size of men from all over the world
'They're Dead To Me Now' - Kate And Oliver Hudson Have Been Disowned By Their Father
The Queen has banned Meghan Markle from wearing any of Princess Diana's jewellery
Ryan Reynolds has shared the inspiration behind his daughter James' name
WATCH: Paul Mescal and Daisy Edgar Jones's first Normal People audition is stunning
Trolls target Emma Willis' eight-year-old son over pink clothes and long hair
If you constantly have a cold nose, this could be the reason why
You may also like
6 months ago
Martin Compston says Line of Duty will be 'better than ever' when it returns for season six
7 months ago
Filming on Peaky Blinders and Line of Duty suspended due to coronavirus crisis
7 months ago
Line of Duty 'reveals the real H' in special episode for Sport Relief
8 months ago
Line of Duty's Vicky McClure is set to star in the 'high octane thriller' Trigger Point
8 months ago
First look at Season 6 of Line of Duty suggests a new character is commanding AC-12’s attention
8 months ago
Line of Duty Season 6 is set to air in Autumn as new plot details are revealed
Next Page