This will take the pain out of channel-hopping on the day.

As much as we love TV over Christmas, the absolute overwhelming amount of choice on offer can be a little debilitating, as you get paralysed that you may have made the wrong movie choice, and nobody is going to say anything, because it is still Christmas after all, but they're all sitting there, silently judging you...

Thankfully, Film 4 have announced their movie line-up for the day, and while there will still be opportunties to channel surf during the one (or two) duds on the day, the majority of what they're showing will make it really easy to turn that channel on first thing in the morning, and then leave it on for the rest of the day. 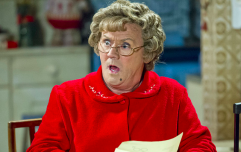 END_OF_DOCUMENT_TOKEN_TO_BE_REPLACED

One of the great projects to come out of Aardman Studios, it follows the story of Arthur (James McAvoy), who is forced into a position of saving Christmas after he inadvertently causes the actual Santa (Jim Broadbent) to pull a sickie on the day. The all-star voice-cast also includes Hugh Laurie, Imelda Staunton and Bill Nighy.

The Chronicles Of Narnia: The Voyage Of The Dawn Treader - 13.00

While it doesn't quite hold up to The Lion, The Witch & The Wardrobe, it is a damn sight better than Prince Caspian, as the the young English kiddies are dragged back into the world of Narnia, once again to help save it from certain destruction. 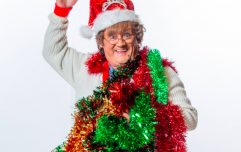 Looking for something to watch? Here are the best things on TV today

END_OF_DOCUMENT_TOKEN_TO_BE_REPLACED

This would be a good to turn the TV off and have your dinner.

A real old-school action-adventure, with Kathleen Turner and Michael Douglas on prime form, running through jungles and getting into all kinds of sexy hi-jinks, combined with the kind of on-screen chemistry that you just don't see much of anymore. 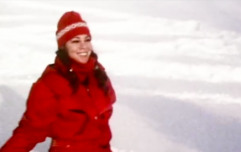 END_OF_DOCUMENT_TOKEN_TO_BE_REPLACED

Admittedly, it might be the best of the three in the series, but it still isn't all that great. Besides, this is usually the time everyone switches over to the soaps, right?

A fantastic piss-take on the super-spy genre, with a career-making turn by Taron Egerton, a kick-ass career-revival for Colin Firth, and that scene in the church when everyone goes violently crazy is still one of the best fight scenes we've seen in years.

Following on from Kingsman, we get Sam Jackson in another great role, but this time he's playing the President Of The United States, who survives Air Force One being shot down and crashing Finland. With mercenaries hunting him in the wilderness, President Jackson may only survive thanks to the survival instincts of a local 13-year-old.

Released in 1979, it kind of pre-dates Rotten Tomatoes, but to be fair, the movie wasn't well received upon release. Only in the years afterwards did it get a cult status, so if you're still awake after consuming your body weight in turkey, chocolate and Baileys, then you need to watch this story of a group of men who must survive a journey across the rougher parts of New York after they're accused of murdering a local gang boss.

Girls With Goals || Her · Ep.160: The Beauty Of Coaching - Hayley Harrison joins us from Sport Ireland
popular
Regé-Jean Page arrives in Ireland to shoot new movie
The Handmaid's Tale season 4 confirmed for RTÉ2 this May
Hairdressers will be "prioritised" in reopening plan for May
Storm Lola to bring high temperatures to Ireland, says Met Éireann
"I didn't sell anything" Pete Bennett defends sharing Nikki Grahame's last text to him before her passing
Lizzo's nude - and unedited - selfie is so important
Here's what happens on every day of your menstrual cycle (roughly)
You may also like
1 year ago
10 gorgeous and easy makeup looks that are perfect for Christmas Day
1 year ago
The perfect Christmas Day dress is in Penneys right now and it's yours for just €13
2 years ago
Prince George and Princess Charlotte broke royal protocol on Christmas Day (in a very cute way)
2 years ago
This €13 New Look jumpsuit is ideal for days spent watching Christmas movies
2 years ago
This is how the royal family exchange gifts on Christmas Day
3 years ago
Met Éireann release their predictions for the weather on Christmas Day
Next Page