Andrea Spendolini-Sirieix is currently competing for Team Great Britain in the Olympic Games in Tokyo.

While we are all familiar with his role as the charming maître d' on the UK edition of First Dates, Fred Sirieix is also the proud father of an Olympian.

His daughter Andrea Spendolini-Sirieix is currently competing for Team Great Britain in the Olympic Games in Tokyo. 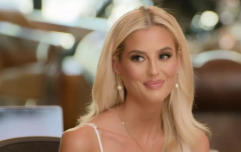 END_OF_DOCUMENT_TOKEN_TO_BE_REPLACED

In a sweet message on Twitter, Fred wished his daughter, who is just 16, the very best of luck.

"You are living your dream," he wrote. "We are all with you. Enjoy. x"

Like many of the athletes' family members, Fred can't attend the games in person.

He shared another sweet message after she qualified for the final.

Andrea is the youngest diver on Team GB. In 2020, she won a solo gold at the British Diving Championships as well as her first international gold medal at the FINA Grand Prix in Rostock. 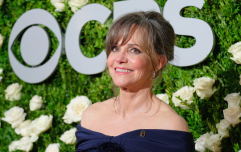 Sally Field is playing matchmaker for her son and this Olympian

END_OF_DOCUMENT_TOKEN_TO_BE_REPLACED

Last year, she was selected as the BBC Young Sports Personality of the Year.

Earlier this morning, she competed in the women's 10 m platform diving event in Tokyo.

There, she was joined by Ireland's Tanya Watson in the 10m platform diving preliminary event.

The semi finals of the women's 10m platform event will go ahead at 2 am Irish time.

The top 12 scorers will then advance to the finals which take place later that day.

China's Chen Yuxi, who already has a gold medal under her belt from the 10m synchro, performed the best out of everyone in the qualification round.