Sex and the City ran from 1998 to 2004. And in the space of the six seasons, we fell head over heels in love with the show and its four leading ladies.

The fashion, the friendship, the city, the sex – it was a show unlike anything ever seen before, and women across the world were obsessed. 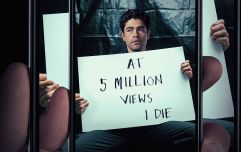 END_OF_DOCUMENT_TOKEN_TO_BE_REPLACED

Since the original show ended, two movies were released, but ever since the last movie came out in 2010, we have not heard or seen anything from Carrie, Charlotte, Miranda or Samantha.

So to say we were all excited when we heard there was a reboot happening might be a bit of an understatement. The series, called And Just Like That…, is expected to catch up with the cast years after fans last saw them.

Et innlegg delt av And Just Like That... (@justlikethatmax)

And Just Like That..., will, of course, be featuring our leading trio Cynthia Nixon as Miranda Hobbes, Sarah Jessica Parker as Carrie Bradshaw, Kristin Davis as Charlotte York.

Unfortunately for SATC fans, Kim Cattrall will not be repeating her role as the infamous Samantha Jones, after a reported long-standing feud with Sarah-Jessica Parker.

HBO's president of programming, Casey Bloys, said of Cattrall's absence that the network isn't "trying to re-do" Sex and the City.

"They're not trying to say that these characters are reliving their 30s. It is very much a story about women in their 50s, and they are dealing with things that people deal with in their 50s."

Hinting at Samantha's absence, he added that "just as in real life, people come into your life, people leave."

"Friendships fade, and new friendships start. So I think it is all very indicative of the real stages, the actual stages of life." 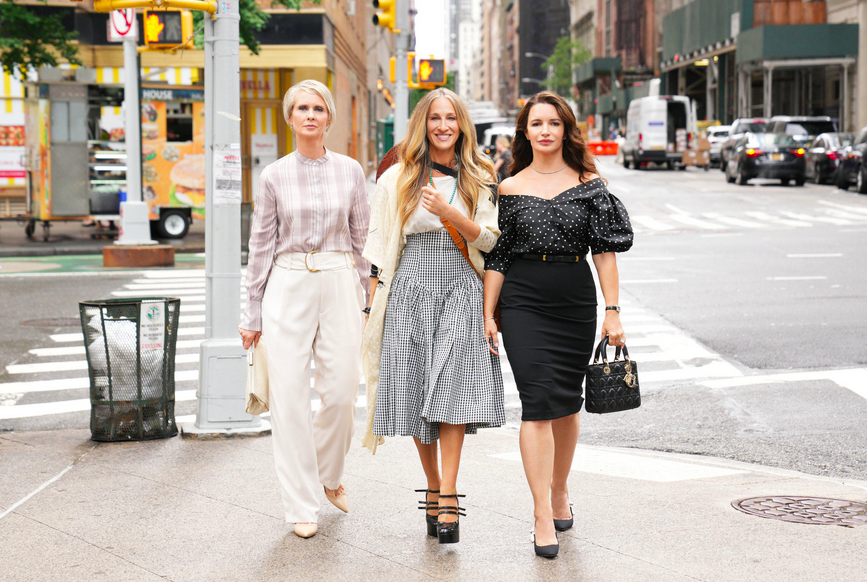 It would seem the show's wardrobe looks updated for 2021 is no less chic than the original, with Miranda in cream wide-leg pants, Carrie in a tartan skirt and platform heels, and Charlotte in a polka dot off-the-shoulder number.

And it seems filming is well underway, with Parker sharing the following picture on her Instagram a few weeks back:

Who else is counting down until this comes out?!

popular
You can now get paid to watch every episode of Grey's Anatomy
POLL: Vote now to see which side you're on in this Irish head-to-head battle
Love Island: You need to see Millie's dad's Instagram
Love Island fans spot Millie and Liam doing same weird gesture in bed
Love Island: Kaz's family issue statement after "vulgar racist abuse"
The islanders are in for a cinematic treat full of their own drama tonight
18-year-old TikTok star Timbo the Redneck dies after stunt goes wrong
You may also like
1 week ago
ITV says there are "no current plans" for a next series of The X Factor
2 weeks ago
It's a lot harder than it seems to actually get on Love Island
2 weeks ago
Everything we know so far about the Sex and the City reboot
1 month ago
QUIZ: How many of these Derry Girls characters can you name?
1 month ago
Mare of Easttown series 2 might not happen at all – and here is why
1 month ago
5 things we learned from the Gossip Girl reboot trailer
Next Page