Not long left to go now.

The first trailer for Dynasty's second season has arrived - and it looks like it's going to be even more dramatic.

Especially after that cliffhanger in the season finale.

The season premiere will kick off with a celebration of Carrington Atlantic’s 100th anniversary, with the official summary for the episode reading:

"Our splintered family struggles to rise from the ashes to redefine themselves as past mistakes emerge, new alliances are forged, and the fate of the Carringtons’ legacy falls squarely on Fallon’s shoulders.”

END_OF_DOCUMENT_TOKEN_TO_BE_REPLACED

Not exactly a lot of information - but hey, at least we know there's going to be plenty of drama.

It comes as it was revealed the Cristal Harringotn - played by Nathalie Kelley - wouldn't be returning.

Well, at least in a way that fans recognise.

It was announced last month that Mexican-American actress Contreras would be joining the show as the “real” Cristal. 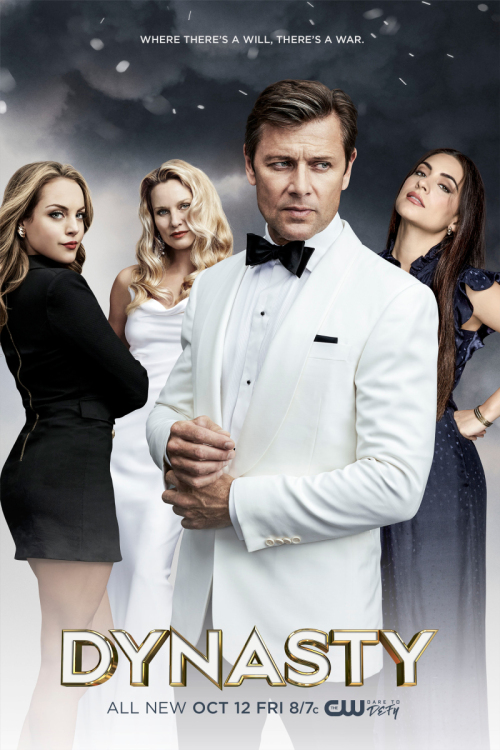 “You do things that make sense for the moment and based on where the storylines go. That’s really all it’s about…. It was the plan starting about midseason to go in [this] direction.”

Dynasty returns for season 2 on October 12, with it likely to begin on Netflix the following day.

Girls With Goals || Her · Ep.154: Scholarship Squad Take 2 - Smurfit alum Grace Milton
popular
Irish designer "mindblown" as Dr Jill Biden wears dress she embroidered
Leo Varadkar says if Ireland introduced mandatory hotel quarantine, it would have to do so for a year
New Zealand set to close its borders for the entirety of 2021
Influencer justifies trip to Dubai saying it was essential for her "mental health" and to "motivate" followers
Dad designs bikini line for transgender teens
Kylie Jenner just posted a naked snap on Instagram, and people are NOT happy
Someone has ranked the penis size of men from all over the world
You may also like
2 weeks ago
Netflix’s new true crime doc examines one of the most infamous serial killers in US history
2 weeks ago
This Morning interview with Graham Norton goes disastrously wrong
2 weeks ago
Did you spot this? Bridgerton's Claudia Jessie also starred in Line Of Duty
3 weeks ago
New series of Reeling In The Years to air on RTE this spring
3 weeks ago
"Calling new islanders": Love Island is now casting for next season
4 weeks ago
Here are some of the best movies on TV this Monday
Next Page