We’ve all seen the videos.

Yes, Carpool Karaoke is infectious watching - even if you're not keen on the guest, you can’t help but smile and become completely enthralled in it.

However, one of the artists featured on the popular segment is now revealing that filming the 10-minute long video is not as fun as it looks.

“By hour three in the dude’s car it got less fun,” he told NME in an interview.

“It kind of went on.

"When we stopped at Guitar Centre, that felt like we were done, but it was like ‘this is halfway’.” 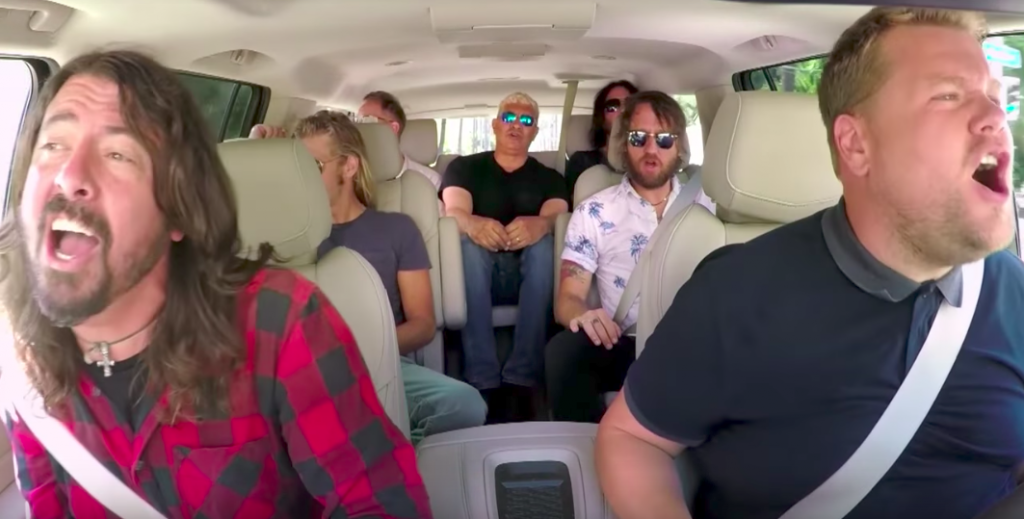 “Oh, James is definitely a music lover and he’s a very nice guy.

“But y’know, I don’t mind singing my own songs at Glastonbury or The O2, but if I had to sing you a song right now I’d be too embarrassed.”

Their appearance on the segment has wracked up over 6.6 million views on YouTube alone, but the band says there was a lot of fun stuff they wished had been included but wasn’t.

“Singing other people’s songs, I could do that all day,” Grohl said.

“We did The Ramones and Rick Astley, but they didn’t use it. I don’t know why.”

Girls With Goals || Her · Ep.155: 'Bits of Me' - Linnea Dunne on the importance of women's health
popular
Tried and tested: I tried the viral TikTok mascara hack to see if it really works
Matilda's Bruce Bogtrotter is a doctor now - and he doesn't even like chocolate
Love is dead... Shakira and her husband Gerard have reportedly split
Here's what happens on every day of your menstrual cycle (roughly)
Someone has ranked the penis size of men from all over the world
Why Are Men so Obsessed With Boobs? The Answer is Pretty Surprising...
Kate Middleton has addressed the rumours that she's pregnant with her fourth child
You may also like
2 weeks ago
Gina Carano has reportedly been fired from The Mandalorian
1 month ago
Netflix’s new true crime doc examines one of the most infamous serial killers in US history
1 month ago
This Morning interview with Graham Norton goes disastrously wrong
1 month ago
Did you spot this? Bridgerton's Claudia Jessie also starred in Line Of Duty
1 month ago
New series of Reeling In The Years to air on RTE this spring
1 month ago
"Calling new islanders": Love Island is now casting for next season
Next Page