With 18 residents now in the Love Island villa since Casa Amor ended, things have been a little cramped.

It feels like high time some of them were booted off - but little did we know that the eviction has already happened.

Yep; two couples were sent packing last night and are already on their way back to the UK.

In scenes to be shown in tonight's episode, the Islanders are celebrating Anna's birthday with a party when Maura gets a text telling everyone to gather around the fire pit.

They are told that viewers have been voting to save their favourite couples.

The three couples with the lowest number of votes are revealed and then the couple with the fewest votes of all is announced and asked to leave the island. 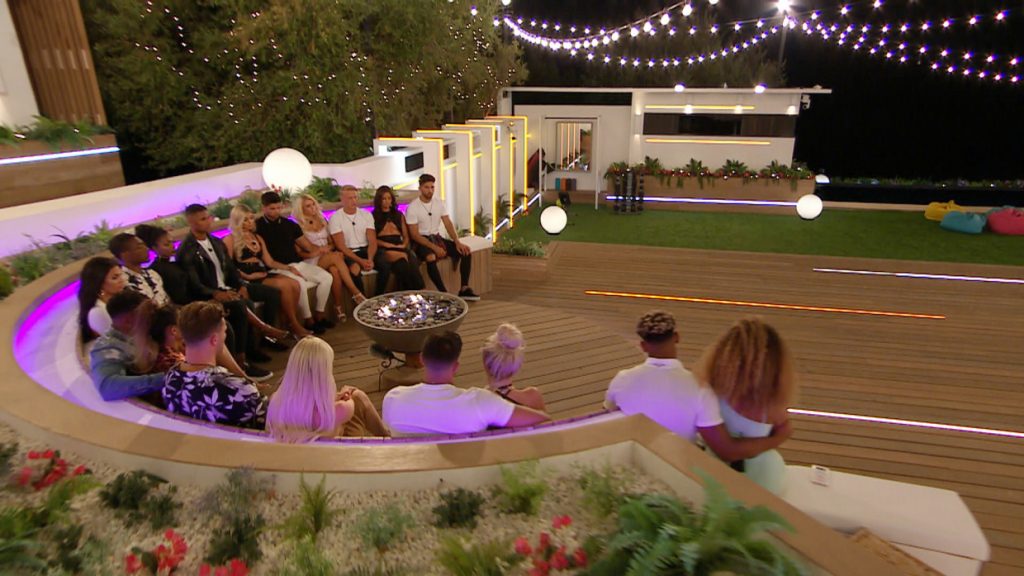 But this doesn't mean the rest of the Islanders are safe.

Tommy receives a text revealing that another couple will be dumped - and that it's up to the Islanders themselves to decide who's going home.

The double-dumping caught the entire villa by surprise, a source told The Sun, with filming carrying on on until 3am.

"The Islanders are all shellshocked after the dumping which went on until the early hours of the morning," the insider said.

"It's everyone's worst nightmare and came completely out of the blue as they celebrated Anna's birthday."

popular
These sustainable Irish sweaters are making people smile, and they're back in stock tonight!
Aldi to sell reusable face masks from Thursday onwards
A Tyrone midwife was chosen to feature on the cover of Vogue
Love Island will be airing this summer - the Australian version, that is
Get ready to live like the stars because Lidl is selling an entire home cinema range
'It's a little different': Stylist Lawson Mpame on Ireland's 'subtle' racism
Brown Thomas and Arnotts to phase reopening from next week
You may also like
4 days ago
PERSONALITY QUIZ: Which Normal People character are you?
1 week ago
'It's just reminded me how rich Sally's books are': Normal People producers on adapting Conversations With Friends during lockdown
1 week ago
'That’s the most honest answer': Skeet Ulrich reveals why he is leaving Riverdale
1 month ago
QUIZ: How well do you remember the first season of It's Always Sunny in Philadelphia
1 month ago
QUIZ: Can you name these Rick and Morty side characters from their picture?
1 month ago
QUIZ: How well do you remember The Inbetweeners?
Next Page