I could not be more excited.

Everything Jim Henson was my childhood.

I was obsessed with The Muppets, Sesame Street and of course Fraggle Rock.

Originally running from 1983 to 1987, Fraggle Rock had just gone off the air by the time I was old enough to watch it, but it was regularly re-run and my older cousins had some of it on VHS.

Gone from our TVs for over 30 years now, you probably thought you'd never see the Fraggles, Doozers, Gorgs and Silly Creatures again but have I got good news for you...

That's right: the cast and characters of Fraggle Rock are returning - and we can not wait!

Apple is reviving the series, entitled Fraggle Rock: Rock On!  for a series of short weekly episodes filmed in quarantine and the best part is the first episode is already up.

The rebooted series is available to watch for free on Apple TV+, and new episodes will drop every Tuesday. 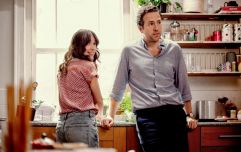 END_OF_DOCUMENT_TOKEN_TO_BE_REPLACED

Due to the fact that the series is being filmed in quarantine (which I can't imagine is easy to do with all your puppeteers living in different locations) each episode will only be about five minutes long.

According to AV Club Fraggle Rock will be taking inspiration from the real world, as the Fraggles have found themselves separated from one another in various parts of their vast underground cave network, and it’s forcing them to come up with creative ways to stay connected - just like us.

As well as being entertaining, it also seems like a great way to explain the pandemic situation to kids in a fun and family friendly way.

My two kids love The Muppets so I think we'll definitely have to have a look at an episode or two of the new series.

For the kids, of course.

popular
5 new additions to Netflix to spend your weekend watching
Irish teacher Lucy Lanigan-O'Keeffe is engaged Prince William's best friend, Thomas van Straubenzee
The second season of Dirty John lands on Netflix next week and we’re already hooked
Eight Of The Best Films And Documentaries On 9/11
Staycation: TripAdvisor reveals the top 10 hotels in Ireland for 2020
So, William and Harry have a step sister... and who knew?
Dirty Dancing officially arrives on Netflix today and that's our Sunday sorted
You may also like
4 months ago
Home Before Dark is the mystery series everyone's going to be talking about this year
9 months ago
7 additions to Apple TV+ we can't wait to check out this month
9 months ago
WATCH: Apple TV+'s Truth Be Told is thriller that will be your new TV obsession
10 months ago
Here's everything you need to know about when Apple TV+ launches in Ireland
1 year ago
Apple has just announced a new video streaming service to rival Netflix
2 weeks ago
The Half Of It is the Netflix teen romance we never knew we needed
Next Page