Could Bran be the key to the Game Of Thrones finale?

This is your spoiler warning.

If you haven't watched S08E05 of Game Of Thrones then I don't know what you were even doing clicking on this link. But either way, you're here now, so I'm giving you one last chance to get out of here. Flee. As Jon Snow might say: fall back.

Here we are then, all that is left between now and the end of Game of Thrones is a single episode. From long sprawling predictions of how the series would unfold, at this point fan theories are simply predictions of what will happen in the next 60 or so minutes of screentime. But, as ever, this hasn't stopped the lads on Reddit from putting some pretty out there chat amongst the pigeons.

Take one user, Slusho64, who claims that the end of the show will see the show becoming a fantasy version of Donnie Darko, with the 'perfect ending' once imagined by fans that saw Jon and Daenerys sharing the throne together, after a little bit of help from the Three-Eyed Raven.

Writing on Reddit, they said: "My theory is that Bran somehow alters the past so that Daenerys never goes crazy, perhaps by making himself not tell anyone of Jon Snow's true parentage.

"This will cause the events we just witnessed to not happen in the new timeline, and thus Daenerys won't go crazy."

They reckon there are a few clues in previous episodes that would back this up. With the show having established Bran's time travel with the Hodor/Hold The Door, they believe that it would make sense for that to have been a set up to a later major event in the show's timeline. 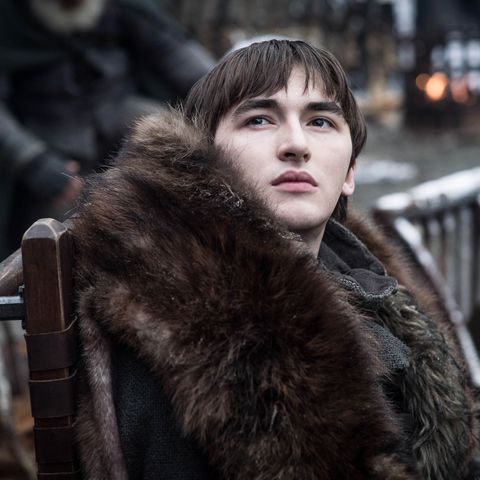 "It wouldn't make narrative sense to establish the greatest power on the show on something that doesn't matter and then never uses it again," they wrote.

"They haven't brought it up for a while because maybe they're hoping we forgot about it before the big twist, similarly to how they'll show a character going to do something and then not return to them until they show up right in the nick of time."

END_OF_DOCUMENT_TOKEN_TO_BE_REPLACED

But probably the most intriguing clue is a nod made in the latest GOT episode. During 'Inside the Episode', in a conversation about Dany, it's claimed they the side of Daenerys exposed when she sacked Kings Landed may never have been seen had Jon Snow not revealed his true identity to Sansa.

Could we about to see GOT x The Butterfly Effect? I guess we'll find out for sure next week...

popular
The new Covid-19 tracker app is live - here's how to use it
There's a Harry Potter themed Airbnb in Roscommon and we just need to visit
Lidl launches own fake tan and it'll only set you back €3.99
Staycation: 7 gorgeous glamping spots for your Irish summer getaway
QUIZ: How well do you remember The Rugrats Movie?
Dr Tony Holohan to be granted Freedom of the City of Dublin
Here's what happens on every day of your menstrual cycle (roughly)
You may also like
1 week ago
QUIZ: How well do you remember the very first episode of The O.C.?
1 week ago
Leo Varadkar defends use of Mean Girls quote in Covid-19 speech
1 month ago
Carole Baskin handed control of Joe Exotic’s zoo in Oklahoma following court case
1 month ago
PERSONALITY QUIZ: Which Normal People character are you?
1 month ago
'It's just reminded me how rich Sally's books are': Normal People producers on adapting Conversations With Friends during lockdown
1 month ago
'That’s the most honest answer': Skeet Ulrich reveals why he is leaving Riverdale
Next Page