The details of Game of Thrones' season 8 are Westeros' most closely guarded secret since...well, just about forever.

And with four months to go until the final season kicks off, fans are increasingly eager to find out whatever information they can about what is going to happen.

Some of the cast members have been sharing insider information about what to expect, and now Gwendoline Christie - who plays Brine of Tarth - has teased a particularly emotionally draining few episodes.

The actress told E! News that fans are "going to need therapy" once the finale (and Game of Thrones' last ever episode) airs.

And when she was asked if this meant someone dies, she added:

"I think just the show ending is going to send all of the world into professional help… I think it’s going to make me incredibly emotional.

"We’re all emotional about the fact that this is the end, and this is the end of something incredibly significant for all of us, and it’s been a truly incredible thing to be a part of." 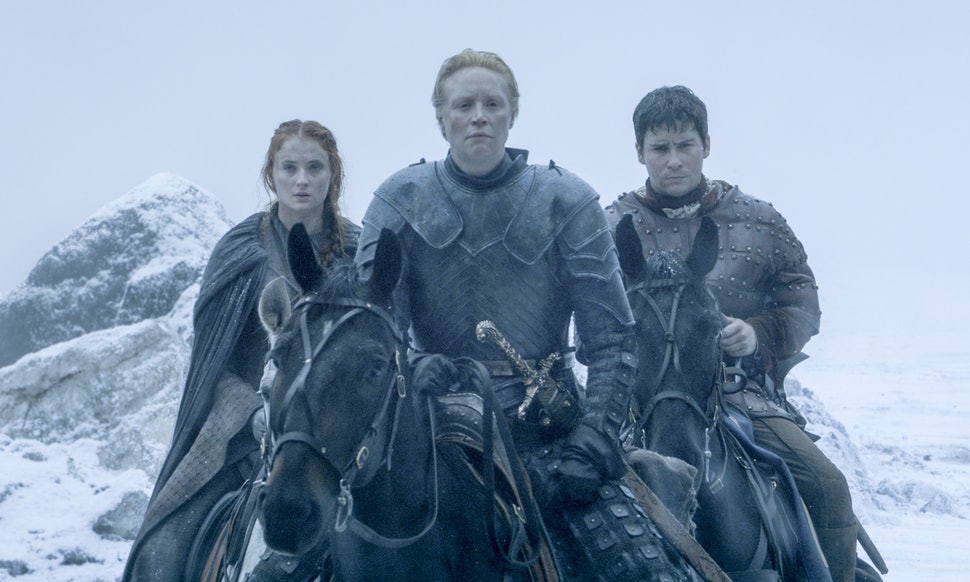 “It f**ked me up. Knowing that is going to be a lasting flavor in someone’s mouth of what Daenerys is...

“I’m doing all this weird sh*t. You’ll know what I mean when you see it.”

Game of Thrones is due to return for its final six episodes in April 2019.

popular
10 Dublin restaurants with outdoor areas we'll be hitting up for the next 3 weeks
Sir David Attenborough has officially joined Instagram and we couldn't be happier
Tried and tested: 3 sheet masks that seriously impressed me
"She's already changed our world" Gigi Hadid and Zayn Malik welcome baby girl
Someone has ranked the penis size of men from all over the world
WATCH: Simone Biles just did a triple backflip, a move not even recognised in women's gymnastics
Ryanair launches first ever ‘Buy One, Get One Free’ offer
You may also like
3 days ago
5 Netflix releases to keep an eye out for in October
4 days ago
The Pursuit Of Love is period drama that will be your next TV obsession
4 days ago
4 new additions to Netflix to spend your weekend watching
5 days ago
Oy with the poodles already! Alex and Ani have released a Gilmore Girls collection
1 week ago
Here’s who’s on the Late Late Show tonight
2 weeks ago
Gogglebox Ireland returns to TV tonight and there's some new faces!
Next Page