Gogglebox on hunt for new family following complaints from viewers

Are you the most Scottish person out there? Well, get in touch with Gogglebox

Gogglebox is to fund a dedicated casting team in response to complaints from viewers who are not happy with a lack of Scottish presence on the show.

This decision was made after studio executives were put in the hot seat by MPs over the weekend for their failure to include a Scottish family for the past five years. 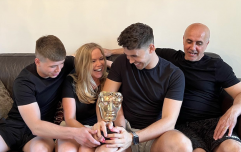 END_OF_DOCUMENT_TOKEN_TO_BE_REPLACED

Scottish Conservative leader Douglas Ross even suggested that he and his wife Krystle would happily fill the slot each week.

The last Scottish presence to be seen on the show was in 2016 but the Manuel family lived in Croydon at the time.

Channel 4 executive Alex Mahon told the Scottish Affairs Committee at Westminster it was a "goal" of the broadcaster to cast a Scottish family. 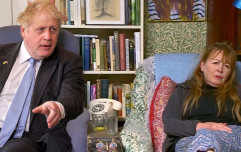 END_OF_DOCUMENT_TOKEN_TO_BE_REPLACED

She also informed the committee that half of all complaints about the show from Scotland were down to the representation.

"Since I met with you we have agreed a separate budget with Studio Lambert for a dedicated casting team specifically tasked with finding a suitable Scottish family," said Mahon in a letter to chair Pete Wishart.

"The casting period is already underway and will run up to Christmas. 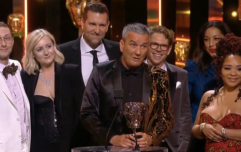 END_OF_DOCUMENT_TOKEN_TO_BE_REPLACED

"The ambition is to identify at least one Scottish family who will become part of the Gogglebox cast for the next series which will air in the new year.

"Complaints relating to Scotland make up a very small proportion of our contact from viewers."

She continued to say that the majority of the complaints were down to a lack of Scottish presence on the show's sofas.

"To provide context, last year we had 144,340 viewer contacts, 14,987 of which were complaints. Of contacts in the last year, 99 related to Scotland with half (49) of those complaints about a lack of Scottish representation on Gogglebox.

"Many of those who contacted us to raise this were getting in touch to put themselves forward."

Wishart added: "A theme which came up in our evidence session was the lack of a Scottish family on Gogglebox.

"It's clear some have approached the channel with similar concern, often offering themselves as an option.

"I'm therefore pleased to see a dedicated team tasked with this and look forward to seeing the successful family on our screens in the new series."

With pressure mounting from Scottish officials, Channel 4 is undoubtedly scrambling to find their perfect Scottish representatives.