The set has been taken down and we're a tiny bit heartbroken.

The Disenchanted cast has bid farewell to Enniskerry this week.

"Last scene shot yesterday in Enniskerry. Farewell to Disney, farewell to lots of Goofy parking, to eating Minnie ice creams & to the Buzz of so many cars, and to lots of happy memories for so many visitors."

#NEW | GREAT NEWS! Filming of the film 'Disenchanted' was completed in the town of Wicklow. Amy Adams and Patrick Dempsey were seen shooting some scenes from the movie. Now they are going to Dublin.

According to information they have already passed half of the recordings. 🙌💖 pic.twitter.com/jEY0dQlOz6

They confirmed that the sets have been dismantled and the car park is no longer in operation.

Amy Adams, Patrick Dempsey, and co have been filming the Disney sequel since mid-June, but the Hollywood stars aren't ready to say goodbye to Ireland just yet. 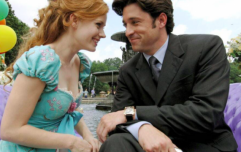 END_OF_DOCUMENT_TOKEN_TO_BE_REPLACED

It is understood that the cast and crew will now be filming in the RDS.

Adams and Dempsey are reportedly staying in rented mansions in South Dublin. 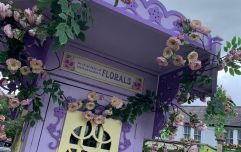 Planning on visiting the Disenchanted set this weekend? Taxi requests are up by 142%

END_OF_DOCUMENT_TOKEN_TO_BE_REPLACED

James Marsden and Idina Menzel have also been spotted filming in Ireland. The actors arrived shortly after their co-stars this summer.

Speaking about filming ending, director Adam Shankman said: "First sign that filming is rapidly coming to a close: the transportation dept gave me a t-shirt."

"Thanks, everyone. Let’s finish this beautiful baby out strong for the next few weeks and focus on our blessings. For me, the first one on my mind is being able to direct and choreograph this Amazing joy-filled movie."

On set at Disenchanted pic.twitter.com/vNOKKxRA6F

The release date for Disenchanted has yet to be confirmed, but there's no doubt it'll be #1 in the Irish box office when it lands in cinemas.

popular
Here are the baby name trends set to dominate 2023
Queen Elizabeth II's cause of death revealed
Five children rescued from van as driver is arrested
Greg O'Shea says he regrets not staying with Amber for longer
Status Yellow warning for six counties with heavy rain and wind in the mix
Gardaí investigation underway as baby skeletal remains found in Cork
Vicky Phelan's image projected onto GPO
You may also like
1 year ago
Amy Adams' psychological thriller The Woman in the Window is coming to Netflix
2 years ago
WATCH: The trailer for The Woman In The Window is here and it looks harrowing
3 years ago
Amy Adams became 'the first woman in history' to snub Brad Pitt for a pretty hilarious reason
4 years ago
Amy Adams is going to win all the awards for her role in this new murder-mystery series
4 years ago
The first trailer for Amy Adams' new TV series is here and it's haunting
5 years ago
This is how much Emma Stone made to become the world's best paid actress
Next Page