And the milestone moment was filled with faces from the past and present, although there was one particular moment that fans said left them in tears.

Warning: spoilers for the latest episode of Grey's Anatomy, My Shot, lie below this photo. 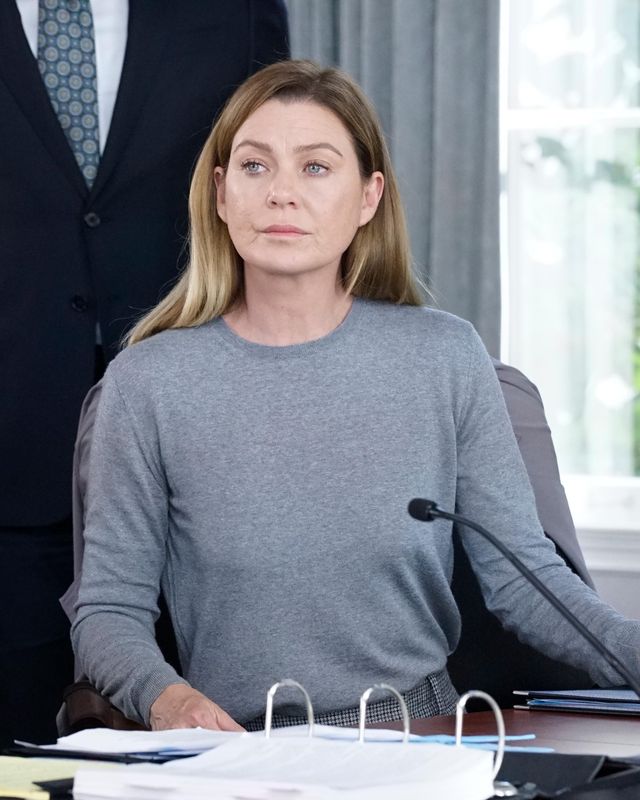 The episode saw Meredith face the medical board, as they had to make the decision whether or not to revoke her medical license.

And boy, was it emotional.

Not only did Meredith have the chance to confront one of the doctors on the board, whose mistake after Derek's car crash cost him his life, there were nods to many of Grey Sloan's former doctors

There was flashback footage of late Lexie Grey, Derek Shepherd, and Denny Duquette, and Alex Karev showed he had letters of support from Addison Montgomery, Callie Torres, Arizona Robbins, and April Kepner.

And, of course, Cristina Yang - who, while she didn't return physically, sent a letter of support for her Person to be read at the hearing.

"Dear medical commission: People who know me would describe me as selfish to a fault. After that, they'd say, 'honest.' I can honestly tell you that if I were dying and a surgery stood between me and death, Dr. Grey's hands are the only ones that I'd want inside my body.

"Taking away her license is signing the death certificates of countless future patients. She is a light in a broken system that she will fix, whether you want her to or not. She is the sun and she is unstoppable. Sincerely, Dr. Cristina Yang."

Basically, fans were left in bits at the mention of Cristina, who hasn't been seen on-screen in six seasons.

"She is the sun, and she is unstoppable.

When Karev read the letter that Cristina wrote about Meredith #GreysAnatomy pic.twitter.com/d3dNKHJ2IT

This was the perfect message from Dr. Cristina Yang #GreysAnatomy pic.twitter.com/BRFXsqNvt0

#GreysAnatomy was sooo good. When all of Meredith's patients came, and the cover of "Where Does The Good Go" played in the background and Alex was reading a letter from Cristina and had more letters from Callie, April and Addison. Omg all the feels. ??? pic.twitter.com/FwyUF1iMnU