Remember Harvey from Sabrina the Teenage Witch? Here's what he looks like now

Harvey Kinkle was the high-school sweetheart every young TV viewer wanted for herself...except we all knew he belonged with Sabrina Spellman.

Fairly regular victim to spells, occasional friend to Salem the cat and all round good guy - Harvey really was one of a kind. 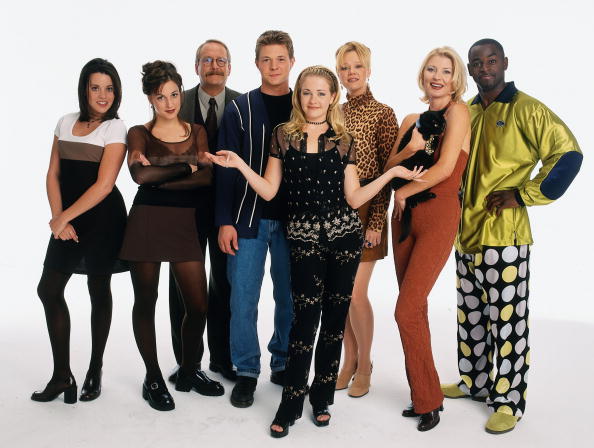 But 15 years on from the show's finale and actor Nate Richert - who played the floppy haired teenager - looks very different.

After finding fame on the sitcom,which ran from 1996 until 2003, the 39-year-old went on to pursue a career in music.

Recent photos show that the Minnesota native has developed a deep love for flat caps - and grown a big bushy beard.

One fan pointed out the difference on Twitter, writing:

“How did Harvey from Sabrina The Teenage Witch go from hot boy next door to looking like an extra in The Bill? I am shook.”

Made my own Levi's ad for the holidays. Complete with my friend Austin Theis' size 16 Redwings and a pink baby piano thingy.

The cast of the original series reunited at the LA Comic Con last year, to dish out some details about the upcoming Archie Comics-based Sabrina reboot.

And the actors spilled the beans on where they think their characters would be now.

But it's not looking too great for Harvey and Sabrina - as Richert pointed out Harvey would likely be "banished somewhere" now.

"Well, Sabrina and Harvey would probably be having a 16-year-old at this point, so because of the rules I think I'd be banished somewhere.

"We probably figured it out, and probably started our own, like, Hogwarts. Started our own little witch school, maybe foster some children that are part-mortal, part-witch, and [teach them] how to navigate that world."

popular
Alex and Ani have released a Friends collection and could we BE any more excited?
“The cancer is gone!”: Daniel O’Donnell Reveals that Wife Majella is on the Road to Recovery
Get Out has officially dropped on Netflix and we know what we're watching tonight
Boyzone's Keith Duffy set to for the next I'm a Celeb Get Me Out of Here
Little Mix's Perrie Edwards tears base of spine in horrific injury
"80% of my body was covered:" LeAnn Rimes on life-long Psoriasis battle
22 discontinued chocolate bars that we REALLY want to bring back
You may also like
1 year ago
Amy Huberman talks returning to writing and overcoming pressure in the spotlight
2 years ago
*sigh* Cameron Diaz has decided to retire from acting
2 years ago
The child who played Ben Mitchell on EastEnders is unrecognisable now
3 years ago
'I’ve certainly hit a wall'... James Franco opens up about his midlife crisis
3 years ago
Here's 73 questions with Zac Efron to get you through your day
3 years ago
Emma Stone looks almost unrecognisable for her new role
Next Page