If we've learned anything over the past two series of The Crown, it's that Princess Margaret wasn't afraid to be the centre of attention.

And the same was true of Helena Bonham Carter - who is stepping into the role of the spirited royal in the Netflix drama - at the show's global premiere last night.

The Crown's updated cast gathered together at a red carpet event in London for the first screening of season three. They included Tobias Menzies, who takes over as Prince Philip, Josh O’Connor, who will play Prince Charles, Erin Doherty, who plays Princess Anne, and, of course, Oscar winner Olivia Colman who portrays the monarch herself.

But among the starry cast it was Helena Bonham Carter who stood out courtesy of her head-turning dress. 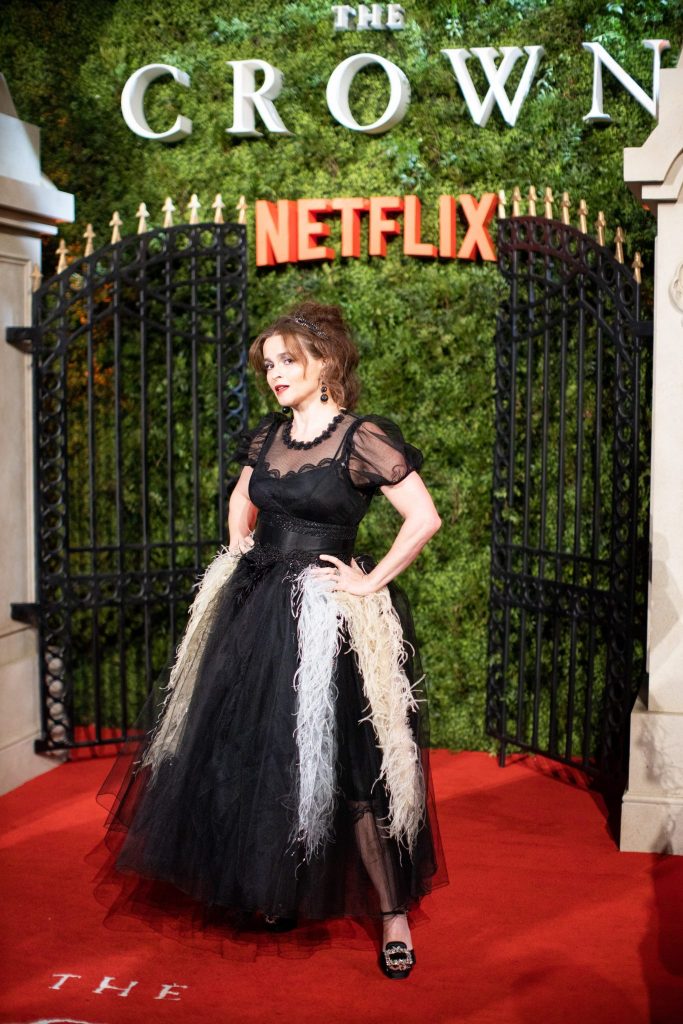 END_OF_DOCUMENT_TOKEN_TO_BE_REPLACED

The black gown features a top with sheer embellished neckline and sleeves, pulled in at the waist with a silk cummerbund with intricate beading.

The ballgown skirt is made up of layers of black tulle, finished off with trailing ostrich feathers in white and blush. Helena completed the look with open-toe black sandals with a large jewelled buckle, and a sparkling hairlip in her up-do.

Overall, the look was characteristically gothic, suitably dramatic and just the right amount of regal. 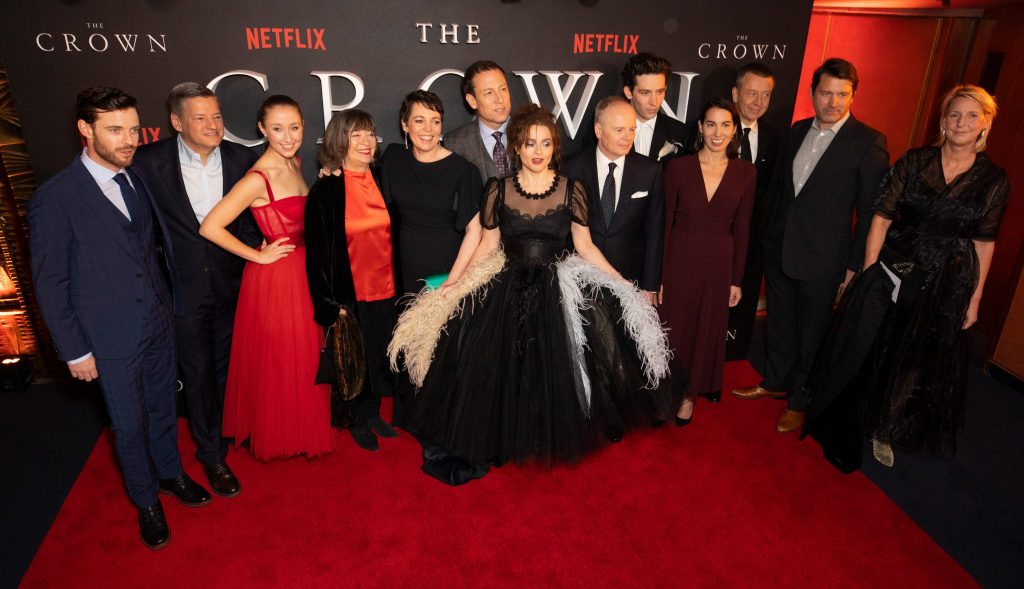 Speaking of the actors that played the younger versions of their characters for the past two seasons at the premiere, Helena said that they had taken over from an amazing cast she "just hopes that people like us as much as did them". Of the news series, she said:

"It's definitely an ensemble piece. Josh is amazing as Prince Charles. You've definitely got the younger generation coming up. Each episode works by itself as a mini film, and it's just immaculately done. The writing is great. The sets, everything else, is as extraordinary as the writing."

The actor said that they'd had a lot of fun making the series, and joked that she and Olivia Colman had spent lots of early morning in make up together, and that their musical tastes had completely clashed.

"This one likes loud music, and really cool music. And I'm really naff in my music tastes, but I'm quite unashamed. I like a musical, and I like spa music."

The makers of The Crown say that the third season sees Queen Elizabeth and her family "struggle to meet the challenges of a rapidly changing Britain. From cold-war paranoia, through to the jet-set and the space age - the exuberance of the 1960s and the long hangover of the 1970s - Elizabeth and the Royals must adapt to a new, more liberated, but also more turbulent world."

It airs on Netflix on Sunday, November 17.

Girls With Goals || Her · Ep.160: The Beauty Of Coaching - Hayley Harrison joins us from Sport Ireland
popular
Tayto Park Zoo confirm reopening date this month
Jockey Lorna Brooke dies aged 37 after racecourse fall
Man charged with murder of 24-year-old mother Jennifer Poole
Khloe Kardashian has JUST confirmed she is pregnant
Starbucks has a bubblegum-flavoured frappuccino on their menu – but you need to hurry
Rosacea awareness month: 3 skincare products many rosacea sufferers swear by
Abducted French girl, 8, found in Switzerland five days after disappearance
You may also like
1 week ago
There's another royal drama coming to Netflix and The Crown better watch out
1 week ago
Prince Harry and Meghan Markle announce first Netflix show
1 week ago
Four new cast members for Bridgerton season two revealed
2 weeks ago
Both Knives Out sequels are coming to Netflix
3 weeks ago
Evan Peters set to play Jeffrey Dahmer in new Netflix crime series
3 weeks ago
WATCH: The trailer for Sarah Paulson's new Netflix thriller has landed
Next Page