Essential information if you're staying in on Friday night.

But we understand that the lineup is very important, and that it probably decides whether or not you're going to tune in.

And if we are being honest, this week's episode looks like it's going to be quite a strong one.

First up is Joe Schmidt, who will talk about a disappointing World Cup in Japan, as well as his role as the head coach of Ireland, before he steps down next week.

Then it's the legendary performer Christy Moore, who will be in the studio to reflect on a lengthy and successful career, and to also perform some of his best songs.

And the music doesn't stop there... 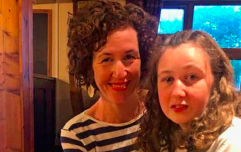 END_OF_DOCUMENT_TOKEN_TO_BE_REPLACED

Next up it's Ireland's most decorated boyband, Westlife, who will be performing a number of songs, including their new single 'My Blood'. Earlier this week The Late Late Show asked for their most devoted followers, and they received over 10,000 applications, so we're sure the many Westlife fans out there will be buzzing to tune in.

Respected journalist Trevor McDonald will also join Tubs to talk about interviewing some of the most famous people who have ever lived, including Nelson Mandela, Saddam Hussein and Colonel Gaddafi.

And finally, to celebrate 20 years of Gift Grub, Mario Rosenstock will be on the couch to bring some of his best-known characters to life.

The Late Late Show kicks off on Friday 22 November at 9.35 on RTÉ One.


popular
Holly Willoughby's checked Zara skirt is the perfect way to dress up your everyday look
Celebrities have nothing but praise for Jennifer Aniston's 'morning after' post
Love Island's Rebecca appeared to have her contraceptive patch on last night and fair play to her
Bank of Ireland warns customers to delete latest scam text from phones immediately
Louise Cooney just wore a gorgeous €65 coat from Pretty Little Thing and we ADORE it
Sorry, wait... what? Apparently, Michael Griffiths is 'head over heels' in love with Ellie Brown
Meghan Markle's new title is likely to be changed, as she's now styled like a divorced woman
You may also like
1 week ago
The Late Late Show is looking for singletons for their Valentine's special
1 week ago
The line-up for this week's Late Late Show has been announced
2 weeks ago
The Late Late Show's tribute to Marian Finucane was extremely emotional
2 weeks ago
Dermot Bannon and Nathan Carter set for first Late Late Show of 2020
1 month ago
Staying in tonight? Here's your Late Late Show lineup for the evening
2 months ago
Westlife lead the lineup for next week's Late Late Show
Next Page