Love them or loathe them, you cannot deny that the ladies of the Kardashian/Jenner fam looked pure fire last night.

Yes, Kourtney, Kim, Khloe, Kendall and Kylie blew up Instagram last night when they revealed their group costume as Victoria's Secret Angels and we've been staring at the pictures ever since.

END_OF_DOCUMENT_TOKEN_TO_BE_REPLACED

The ladies were dressed all in white VS lingerie and naturally finished their looks off with some incredible wings.

But these wings weren't new - no the wings were on loan from Victoria's Secret themselves who had previously used them in their famous annual show.

Yes, the Kardashian/Jenners wore second-hand wings, but who wore them better?

Here's a look at the reality TV family's copycat looks versus the runway models who had the wings first. 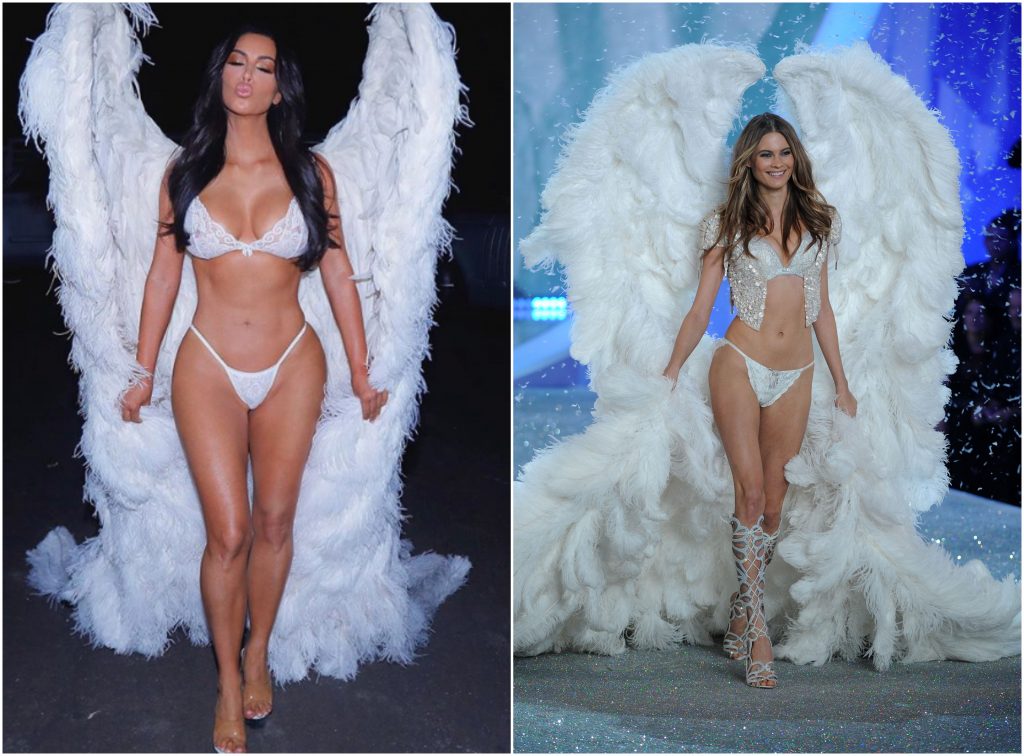 While the wings seem to frame Kim a little differently than Behati, we're fairly sure the mum-of-three rocked the Namibian angel's wings from the 2013 Victoria's Secret Show in New York with a slight alteration. 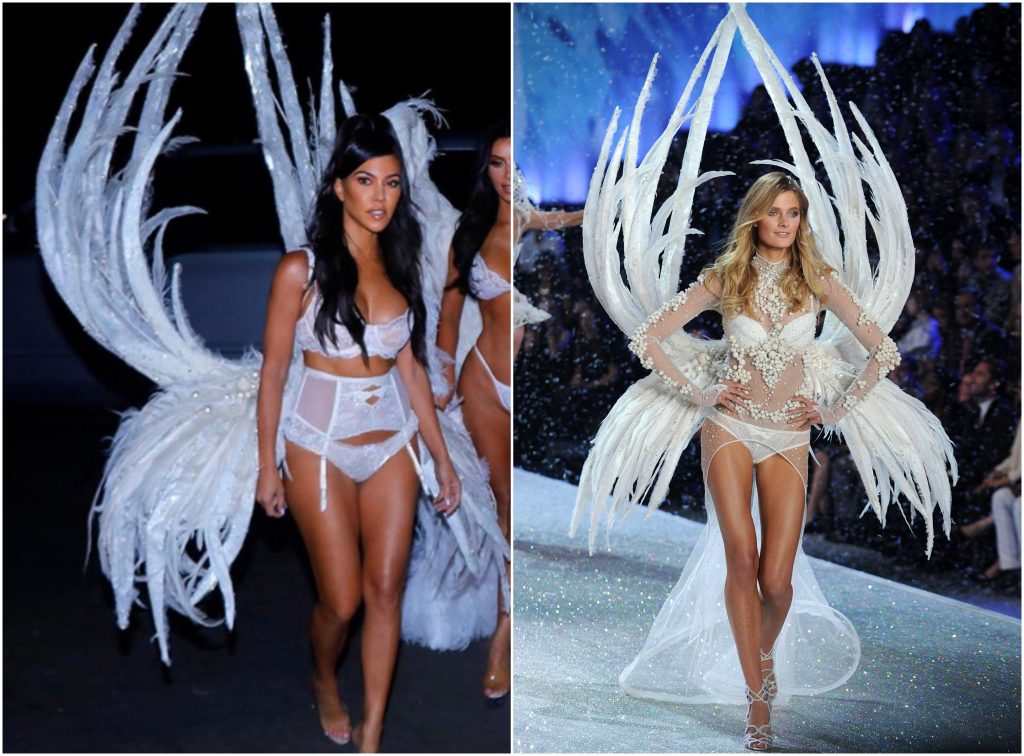 There's no mistaking these unique wings. Kourtney was proud to become the first five-foot-one Angel when she put on Constance's wings from the same 2013 New York show. 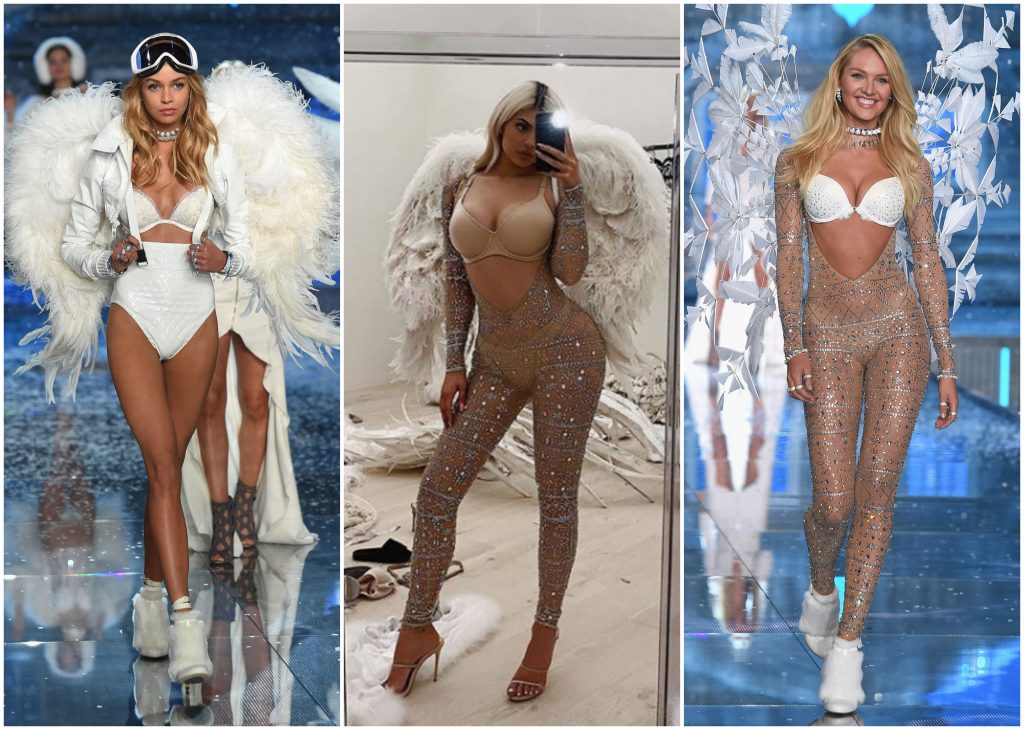 Kylie got a little greedy when it came to her costume, taking pieces from two separate runway looks. First, it was that embellished bodysuit that Candice Swanepoel wore while pregnant with her second child during last year's show in Shanghai. And to finish the look, Kylie chose Stella Maxwell's wings from the 2015 show. 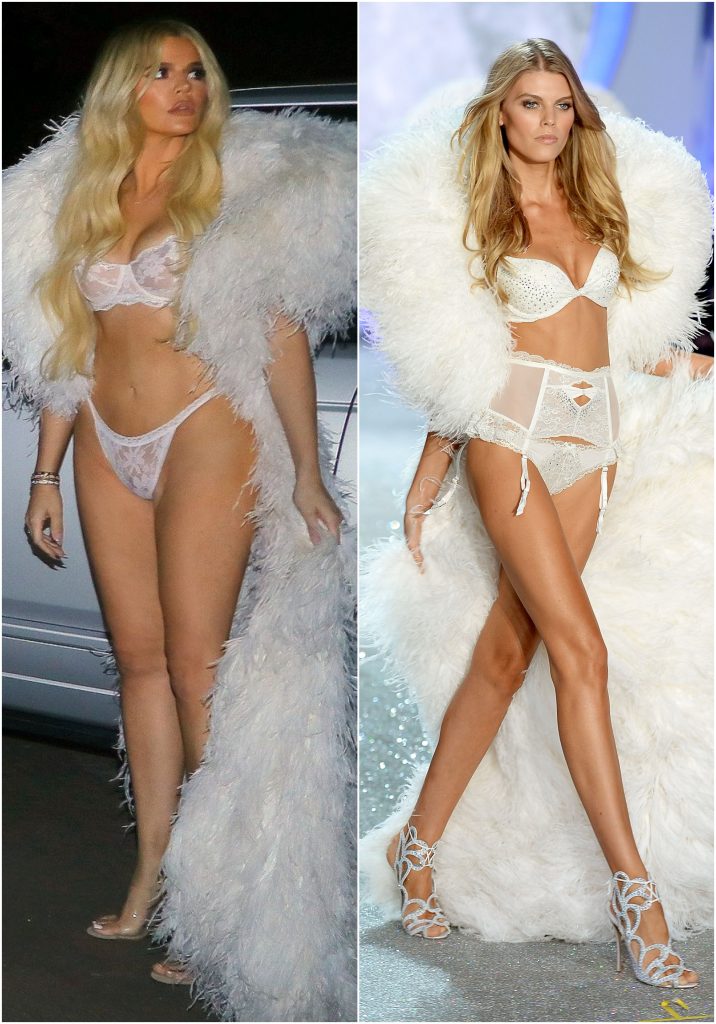 While Khloe didn't wear wings, she did wear a bomb-ass robe - one previously worn by Maryna Linchuk in the 2013 show in New York. 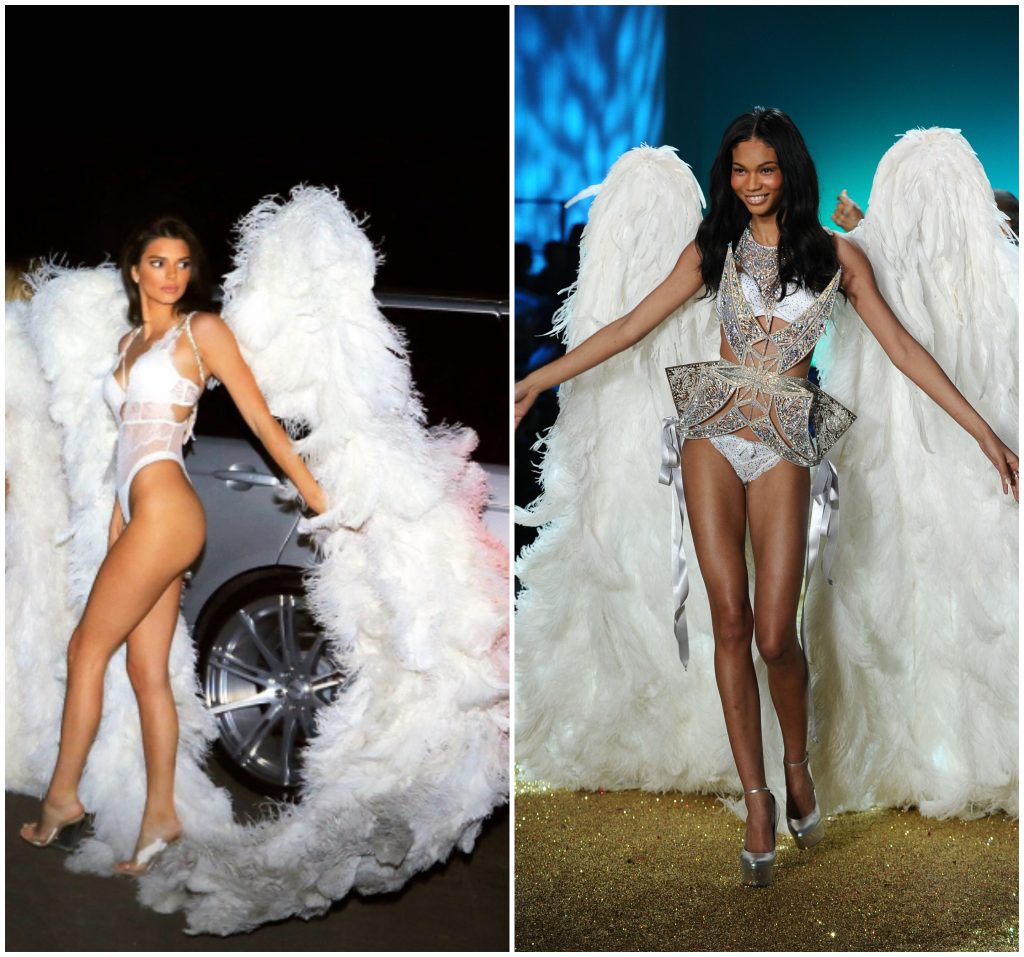 Kendall was simply getting practice in for this year's show later this month and she did it by strutting her stuff in Chanel Iman's wings from the 2010 show in New York.

Girls With Goals || Her · Ep.161: Feeling Peachy - Sharon Keegan of Peachylean on being an absolute BOSS!
popular
The morning wellness routine I started last year that I now can't live without
The fashion world is OBSESSED with potato brown right now – and for good reason
Someone has ranked the penis size of men from all over the world
More footage of Tristan Thompson cheating on Khloe has emerged
QUIZ: Can you beat Ross's quiz in Friends?
Kate Middleton has addressed the rumours that she's pregnant with her fourth child
Woman buys 148 year old house, goes viral after finding secret passage way
You may also like
2 months ago
Sarah Harding reveals her cancer has spread and admits this Christmas was 'probably her last'
2 months ago
Stacey Solomon has revealed the role her boys (and dogs) will play at her wedding
3 months ago
JoJo Siwa introduces her new girlfriend in anniversary Instagram post
7 months ago
Jackie Stallone: Celebrity Big Brother star and Sly's mother dies aged 98
9 months ago
Ed Sheeran is reportedly expecting a baby with wife Cherry Seaborn
11 months ago
Model Joanna Cooper has introduced her new puppy 'Kevin' to the world
Next Page