What's going on with the Nickelodeon misconduct allegations?

There is a lot to unpack.

You may have heard of the alleged behind the scenes misconduct at Nickelodeon that has emerged on social media over recent weeks.

The internet has been awash with stories of the alleged abuses of power that went on on the sets of some of the most well known Nickelodeon shows - here's what we know so far. 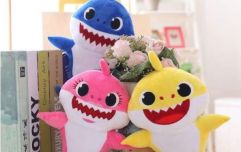 Baby Shark is being made into a TV show, so get ready folks

END_OF_DOCUMENT_TOKEN_TO_BE_REPLACED

In iCarly star Jennette McCurdy’s new memoir I'm Glad My Mom Died, she goes into detail about the emotional and psychological manipulation and abuse by her mum Debra as well as a controlling and predatory person on the set of iCarly, and its spin-off Sam & Cat, who she only refers to as The Creator.

Many have speculated that The Creator is Dan Schneider, the actual creator of both iCarly and Sam & Cat, as well as The Amanda Show, Victorious, Drake and Josh, and Zoey 101.

Leaving Nickelodeon in 2018 after a misconduct investigation, fans have since noticed that his shows highlight his casts' sexuality and bodies as they have grown up.

this part in jennette mccurdy’s book reminds me of when avan jogia said in a tiktok he doesn’t remember filming victorious at all because he was either drunk or hungover while filming, how dan schneider and his associates aren’t in jail yet is beyond me pic.twitter.com/rxXXaaDZHW 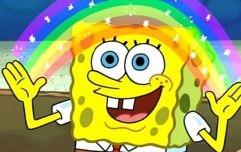 After 19 years, SpongeBob Squarepants is finally getting an origin story

END_OF_DOCUMENT_TOKEN_TO_BE_REPLACED

There have been rumours for years of Schneider having a foot fetish and using his stars' feet in scenes. Deadline also reported that he has in the past "tweeted photos of the toes of his young female stars."

Jennette describes various encounters with The Creator during her time at the children's network, mentioning a bikini photoshoot, a back rub, and a dinner where The Creator allegedly pressured her to try alcohol for the first time at aged 18. Schneider to this day has denied all allegations against him.

Jennette refused to return to her role as Cat for the iCarly reboot which aired last year, as she said at the time that she did not want to relive the trauma of her experience on the original series.

In Jennette McCurdy’s new memoir she reveals that a producer on the set of iCarly she was “photographed in a bikini at a wardrobe fitting and being encouraged to drink alcohol by an intimidating figure she simply calls the Creator.” 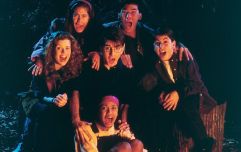 The scariest kids show of the 1990s is becoming a movie

END_OF_DOCUMENT_TOKEN_TO_BE_REPLACED

She is also not the only one to detail an unexpected time on the show as in 2020 Victorious star Avan Jogia posted a TikTok that revealed he and the cast would party consistently while filming the show.

The actor said that he has no memory of being on the show as he was either drunk or hungover while filming, but says he doesn't recall how he got his hands on the alcohol as he was only 18 when the show aired.

While I'm Glad My Mom Died does not pin the blame on anyone specifically, it gives insight into how the network was run. Jennette details that by the end of her time at Nickelodeon, The Creator had been banned from set due to his emotional abuse of cast on another show.

popular
Love Island's Faye Winter says she feels like she's "failing" as an influencer
Davide Sanclimenti opens up on having kids with Ekin-Su Cülcüloğlu as he turns down Dancing On Ice
Kelly Osbourne shares "wild" judgement she got for deciding not to breastfeed
McDonald’s launches Happy Meals for adults with toys included
Kesha's mom explains controversial Jeffrey Dahmer lyric in hit song Cannibal
5 delicious brunch spots around Ireland to try out on your next trip with the girls
Here are the baby name trends set to dominate 2023
You may also like
4 years ago
Nineties babies! Rugrats is coming BACK to Nickelodeon
4 years ago
Nickelodeon legends Kenan and Kel are teaming up again (kind of)
4 years ago
Nickelodeon has created an eyeshadow palette and it's seriously retro
4 years ago
Remember Dustin from Zoey 101? Because you won't recognise him now
5 years ago
There's an Instagram dedicated to Nickelodeon fashion and it's fab
5 years ago
One of the best 90s children's television shows is getting its own movie
Next Page