Some spoilers ahead, folks.

One of Netflix's latest offerings from South Korea is set to become the streaming platform's most popular show ever.

Squid Game follows a number of unfortunate individuals who end up participating in a deadly tournament with the aim of winning a grand prize to pay back mountains of debt.

END_OF_DOCUMENT_TOKEN_TO_BE_REPLACED

Since its release, the show has captured the attention of fans around the globe, and we can understand why. By any basic measure, Squid Game is an objectively good show. It's well acted, well-written, visually pleasing to look at, and, despite the grim premise, it's got plenty of witty one-liners to balance out the darkness.

Beyond ticking the boxes for what constitutes a technically good TV show, Squid Game offers something else that compels the viewer to watch episode after episode.

Indeed, the show hooks the viewer in with its complete subversion of the horror genre, all the while maintaining the very real and high stakes of the deadly game.

END_OF_DOCUMENT_TOKEN_TO_BE_REPLACED

The fear climax of each episode of Squid Game doesn't rely on a ghostly specrtre, or a blood-thirsty serial killer. Instead, its horror lies in moments of realisation. The viewer learns of the game's deadly consequences in real time with the characters themselves. For instance, when they realise they have to survive a Korean version of What Time Is It Mr Wolf (Green Light, Red Light). Or, when they realise they've ruined the outline of their honeycomb cookie shape. Or, when Ali Abdul (Anupam Tripathi) learns his marbles have been replaced with pebbles.

Divorced from the context of Squid Game, these moments would all be very innocuous. However, because the high stakes feel very real, these realisations deliver a terror that is both deeply unsettling and somewhat uncommon in horror. 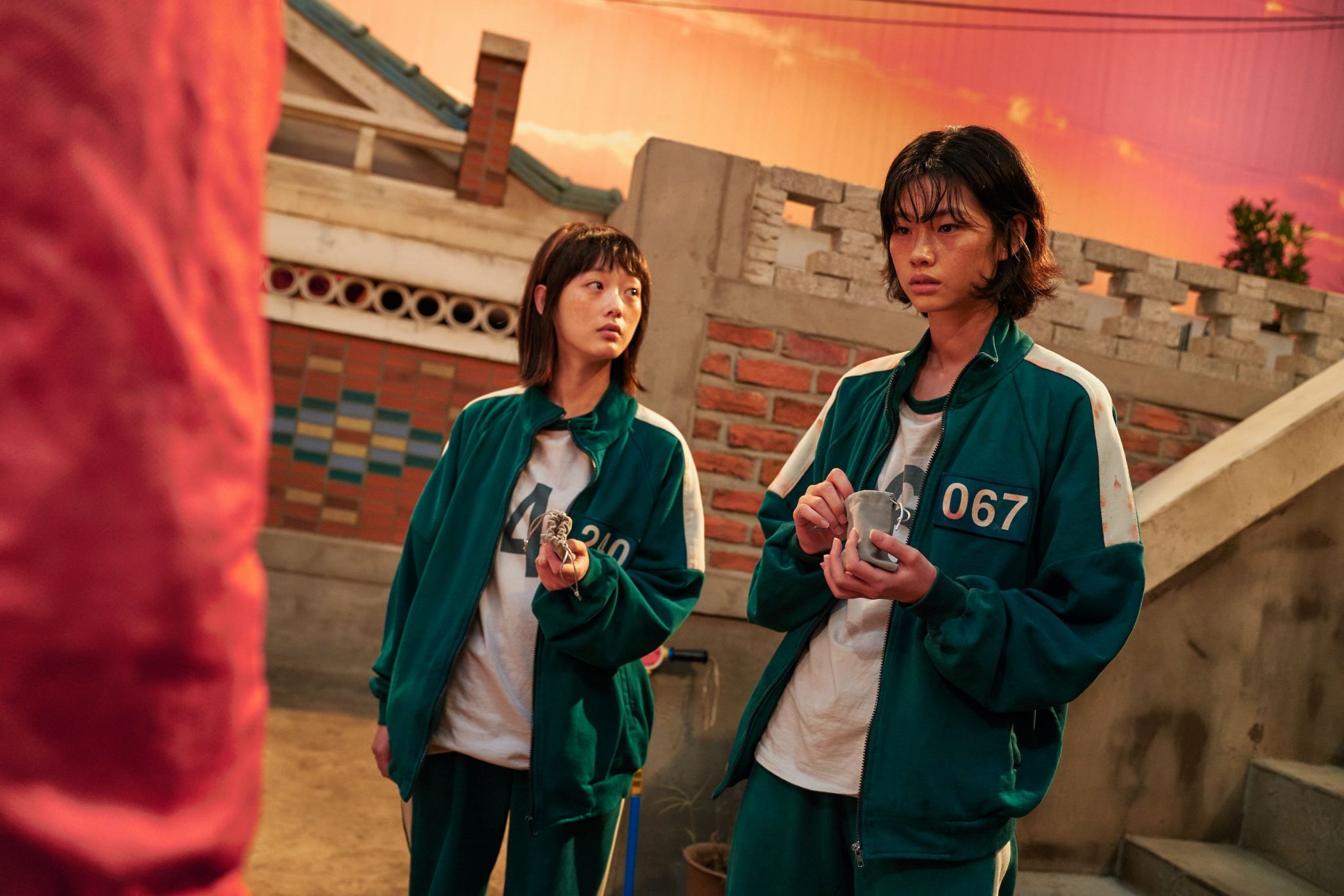 END_OF_DOCUMENT_TOKEN_TO_BE_REPLACED

In Squid Game, there are no jump scares or frightening supernatural forces - but its horror stays with you all the same. And, because you experience that terror simultaneously with the participant, a strong rapport is established between viewer and character. This, in turn, renders the show's tragic moments - the betrayals, the goodbyes, the deaths - all the more emotional.

And, finally, because the game uses twisted versions of playground games, the characters are akin to small children, forced to play for the entertainment of a (largely) unseen voyeur. As the Front Man makes them revert to childlike play, they become particularly vulnerable before meeting their cruel end.

In short, Squid Game succeeds in exactly what it sets out to do. It diverges from horror's clichés and still manages to pack a punch that is both emotionally devastating and deeply unsettling.

All episodes of Squid Game are streaming now on Netflix.

popular
10 year old trans model becomes youngest to walk in New York Fashion Week
Scarlett Moffatt slams 'disgusting' pap for sneaking into hotel to take photos of her
It seems Helen Skelton has accidentally given away who her Strictly partner is
Greg O'Shea actually left Love Island to go to his granny's funeral
Pop Idol's Darius Campbell Danesh has passed away, aged 41
Green Party representative calls for a temporary ban of stag and hen parties in Ireland
Friends fans convinced they've figured out who Phoebe's 'imaginary' roommate really is
You may also like
1 month ago
Gogglebox Ireland are looking for men to join the new season
1 month ago
WATCH: The trailer for The Handmaid's Tale season 5 is here
1 month ago
Hang on, is Boris Johnson entering the Love Island villa tonight?
1 month ago
NOW announces large price reduction to its monthly membership
1 month ago
Netflix CEO confirms adverts are coming to the service
2 months ago
Netflix looking for participants for Squid Game reality series
Next Page