'He’s Irish with muscles, what’s not to like?': Amber's friends are weak for Love Island's Greg

Catch the latest episode of our Love Island show I've Got A Text now.

All anyone wants is a decent lad they can bring home to their friends and family.

It looks like Love Island's Amber has found that in Greg.

END_OF_DOCUMENT_TOKEN_TO_BE_REPLACED

The Limerick man has melted all of our hearts by treating Amber like a queen since he arrived at the villa.

Mart Tweedy, who is running Amber's social media for her while she's on the show, says everyone at home in Newcastle is mad about Greg.

"He’s Irish with muscles, what’s not to like?” Mart told OK! magazine this week.

“He’s such a gentleman. Her mum thinks he’s a really nice guy. We’re really impressed with him. He’s exactly the type of person Amber would go for.

"They have the same humour and he gets her banter, which is what she needs.”

Mart is also delighted that Amber chose not to give Michael another chance in the last recoupling. 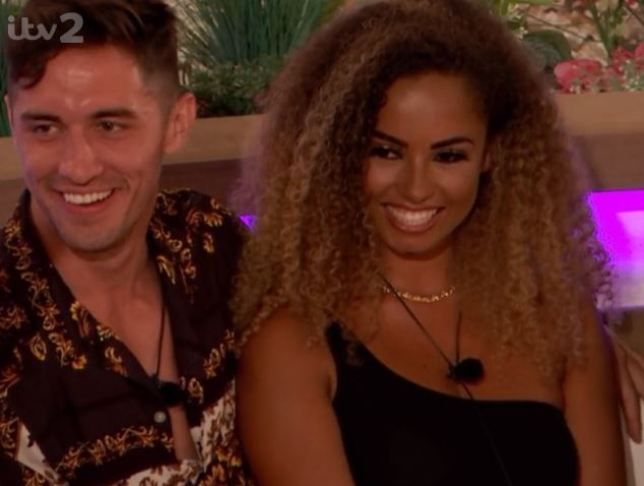 “I think Michael only wanted her back because he saw her laughing and happy with Greg. He was jealous,” he said.

“It would have been difficult for Amber to build trust with Michael. I think it would have brought back memories of when she was hurt in the past.”

END_OF_DOCUMENT_TOKEN_TO_BE_REPLACED

Amber and Greg embarked on their final date last night, enjoying drinks aboard a yacht.

He told her that he'd never had an instant connection with anyone like he'd had with her.

"It was so easy with you. I’m just delighted that I got to meet you.”

Amber replied; “I feel grateful that I stuck it out. Little did I know you were around the corner!

"This is the happiest I’ve been since I’ve been here."

popular
Taoiseach Micheál Martin asks public for 3 things, confirms some restrictions staying
Man arrested after woman raped on train as passengers filmed it
Jamie Redknapp marries girlfriend without ever announcing engagement
Giovanni serenades Strictly partner Rose after Maura split
Family of four found dead in hotel sauna
Will the clubs be reopening on October 22? Here's what we know so far
Nightclubs will return with proof of vaccination under Government's new reopening plan
You may also like
1 week ago
Everybody's watching Netflix's Maid - and for good reason too
1 week ago
Squid Game fans spot massive clue in Tug of War game
1 week ago
Disappointment as The Den has been cancelled again
2 weeks ago
Why we can't stop watching Squid Game
2 weeks ago
Looks like Irish gangland drama Kin will return for more seasons
2 weeks ago
Tilly Ramsay moves dad Gordon to tears after performance on Strictly
Next Page