This is going to make a lot of people very happy.

Released in July 1993 (yes, 26 years ago and yes, for whatever reason, not released at Halloween), Hocus Pocus wasn't actually much of a hit.

It cost $28 million to produce, made less than $40 million at the worldwide box office and got a score of 33 per cent on Rotten Tomatoes.

END_OF_DOCUMENT_TOKEN_TO_BE_REPLACED

That didn't stop it from becoming a massive cult classic in the intervening years and ever since, fans have been hoping some Hollywood magic would take place to get that long-delayed sequel.

Well, it turns out your wish has come true, as Collider reports that writer Jen D'Angelo (Workaholics, Cougar Town) has been officially hired to begin work on the sequel and that she has been tasked with finding a way to bring back Winifred (Bette Midler), Sarah (Sarah Jessica Parker) and Mary (Kathy Najimy). 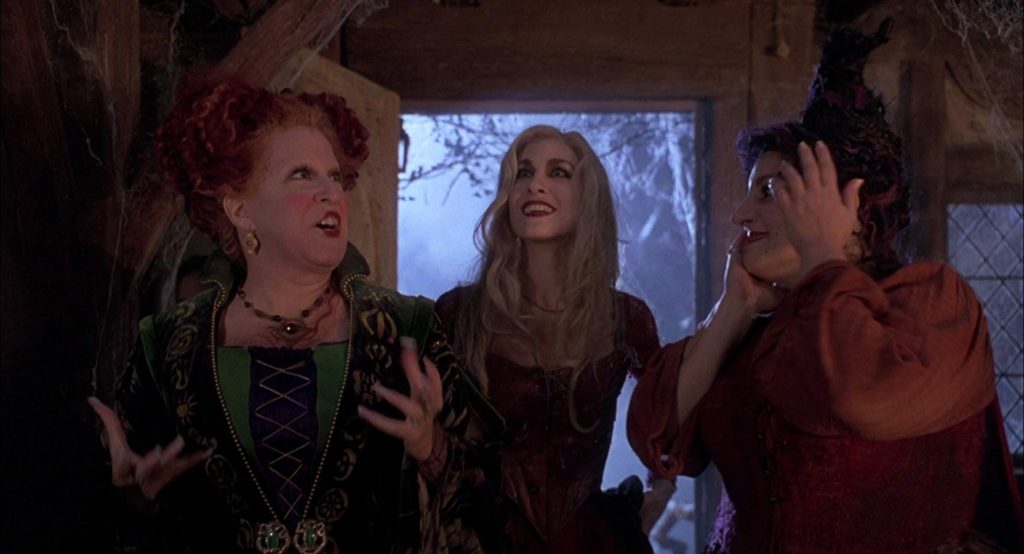 Midler was 47 when the original arrived in cinemas and is currently 73 years old, so the story will likely involve the trio of witches passing the broom torch on to the next generation of pot-boilers.

END_OF_DOCUMENT_TOKEN_TO_BE_REPLACED

Additionally, it doesn't look like the movie will be heading to cinemas at all, but making its debut on Disney+, the new streaming service that still doesn't have an official Irish release date, but is set to launch in the US on Tuesday, 12 November.

popular
Love Island fans think someone has left after Luca arrives back to empty bed
TikTok sued after girls die during 'blackout challenge'
Friends creator says they regret not using correct pronouns on the show
Airport outfits are all the rage as we head abroad - here are the 4 best ones
Ofcom has received nearly 800 complaints about Love Island so far
Penneys has a perfect dupe for Charlotte Tilbury's Flawless Filter foundation
Samuel gives his take on Paige and Jacques while Tasha cracks on with Billy in Love Island tonight
You may also like
2 weeks ago
WATCH: The first trailer for Blonde, the first adults-only movie made by Netflix
1 month ago
Pirates of the Caribbean creators not ruling out Johnny Depp's comeback despite trial
3 months ago
WATCH: New camera angle shows Jada Pinkett Smith's reaction following Oscars slap moment
3 months ago
Will Smith was asked to leave Oscars but refused to leave, Academy says
3 months ago
Will Smith apologises to Chris Rock for slapping him at Oscars
3 months ago
WATCH: The trailer for Where the Crawdads Sing is here
Next Page