Well-known for his roles in Home Alone, he was 72.

TMZ reports that the star was found in a hotel room in Palo Alto, California, on Friday and that the maid service discovered his body. 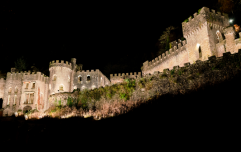 END_OF_DOCUMENT_TOKEN_TO_BE_REPLACED

Police were called to the hotel but he was pronounced dead on the scene.

The coroner is now investigating the cause of death, which is unknown at this time.

John's acting career began in the 1970s and he remained busy right up until his death.

However, he is still best-known for his role as Peter McCallister, the dad in the Home Alone movies, in which he starred alongside Macaulay Culkin in the Nineties.

He has three children, and was married and divorced three times.

Girls With Goals || Her · Ep.153: Scholarship Squad - We chat to Facebook's Claire O'Hara about our Smurfit Scholarship fund.
popular
Bruno Mars has just announced an Irish concert date
Someone has ranked the penis size of men from all over the world
Met Éireann issue snow warning as we are due another big freeze
The latest TikTok beauty trend is drawing on under-eye bags to look tired
Award winning Irish film about conversion therapy debuting this weekend
Here's what happens on every day of your menstrual cycle (roughly)
Dad designs bikini line for transgender teens
You may also like
1 day ago
Dublin man jailed for 10 years over coercive control in first for Ireland
2 days ago
Fire breaks out at world's largest Covid-19 vaccine production centre
2 days ago
Covid restrictions to last "well into February," says Coveney
3 days ago
Joe Biden has been sworn in as President of the United States
3 days ago
Josepha Madigan compares issues around schools reopening to Mother and Baby Homes
3 days ago
Trump pardons ex-aide Steve Bannon and Lil Wayne, not Joe Exotic
Next Page