Hustlers is here! The all-female badass new film starring JLo and Cardi B will blow your mind

Brought to you by Hustlers

The highly anticipated movie Hustlers is upon us ladies and we are beyond excited. If you somehow haven't heard of it, first of all, where have you been? And second of all, we are more than happy to fill you in. 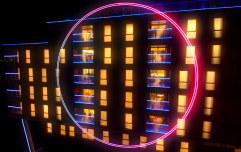 END_OF_DOCUMENT_TOKEN_TO_BE_REPLACED

It's only the movie with the BEST female cast of the year. I mean, talk about some strong women players. You can expect high-stakes and high-adrenalin entertainment from start to finish.

The movie is inspired by a true story and follows a group of strippers as they take their revenge on their big shot Wall Street clients in the wake of the 2008 financial crash. A brilliant modern Robin-Hood story? Absolutely.

Like we said, though, the casting is one of the best parts about it. We have JLo coming back in all her glory, it's Lizzo and Cardi B's movie debut (and a fantastic one at that), and Riverdale's Lili Reinhart also joins the lineup. The talented Constance Wu from Fresh off the Boat and Crazy Rich Asians plays the movie's protagonist, Destiny, and Julia Stiles is also making an appearance for all you 10 Things I Hate About You fans out there. And those are just the starring roles.

This movie is going to be one hell of a ride and we plan to be there from the first day it opens. Which is very soon FYI. It's the perfect movie night out for the whole squad. You can expect glamour, sexiness, suspense, and also an oddly endearing friendship. 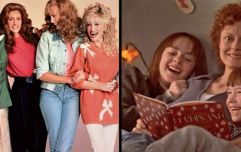 END_OF_DOCUMENT_TOKEN_TO_BE_REPLACED

Brought to you by Hustlers

Starring Constance Wu, Jennifer Lopez, Julia Stiles, Keke Palmer, Lili Reinhart, Lizzo and Cardi B, Hustlers is the unmissable new film inspired by a true story that follows a crew of savvy former strip club employees who band together to turn the tables on their Wall Street clients. In cinemas September 13 - book your tickets now.

Girls With Goals || Her · Ep.161: Feeling Peachy - Sharon Keegan of Peachylean on being an absolute BOSS!
popular
The morning wellness routine I started last year that I now can't live without
The fashion world is OBSESSED with potato brown right now – and for good reason
More footage of Tristan Thompson cheating on Khloe has emerged
28 amazing Irish glamping spots for your 2021 staycation
Woman buys 148 year old house, goes viral after finding secret passage way
Kate Middleton has addressed the rumours that she's pregnant with her fourth child
London Fire Brigade issues warning over the swing TikTok trend
You may also like
6 days ago
Seth Rogen has ‘no plans’ to work with James Franco again after sexual misconduct allegations
2 weeks ago
Oscars fashion: 10 of our favourite looks from last night's Academy Awards
3 weeks ago
Brit Awards to host 4,000 people with no social distancing next month
3 weeks ago
Line of Duty fans think trailer reveals Kate's fate
1 month ago
Thandiwe Newton reclaims the original spelling of her name
1 month ago
Comedian's hilarious response to Orlando Bloom's bizarre morning routine
Next Page