The show must go on!

Life will one day get back to a more normal version of this new life we all live, but until then plans have to be made to let the shows go on.

One plan that's been made for this year is that I'm A Celeb could be back live from Wales for the second year in a row.

According to reports, producers have booked Gwrych Castle for the series this year over fears that travel to Australia may not happen again due to the pandemic. 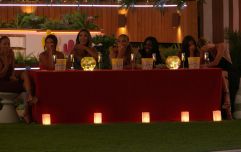 END_OF_DOCUMENT_TOKEN_TO_BE_REPLACED

Usually the show is filmed Down Under with celebrity contestants making their way across the globe to live in the jungle for a few weeks and take part in ITV's hit series.

Last year the show was all filmed in the UK, in Gwrych Castle. Aside from a few changes that audiences got used to, the show was a hit and proved that it could be filmed closer to home while still keeping people entertained with the same format as before.

However, the castle has still only been booked as a backup, so Oz is not completely out of the picture. 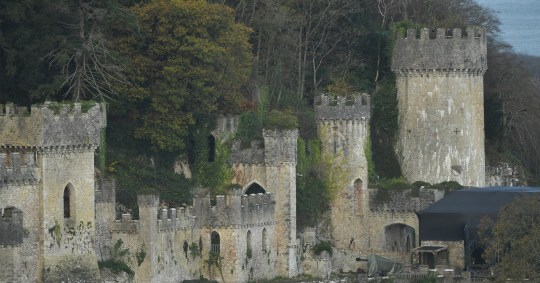 END_OF_DOCUMENT_TOKEN_TO_BE_REPLACED

An insider told the Metro: "Ultimately they are at the mercy of Covid-19 restrictions, formally an agreement is in place for the use of Gwrych Castle this year. Should the show need to be held there again it has all got the green light.

"A huge amount of work went into readying the building so the basics are all laid down and ready to go." 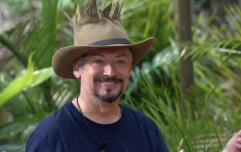 END_OF_DOCUMENT_TOKEN_TO_BE_REPLACED

Last year's show, which saw Giovanna Fletcher named Queen of the castle, "ended up being a huge success for ITV and having a second series in Wales wouldn’t be a negative for them. But going back to Australia is what everyone wants and that is what everyone is working towards and hoping for."

The good news, however, is that the show will go on no matter what - and that's all we needed to know.

popular
Bride asks for divorce day after wedding following groom's disrespectful cake stunt
Head of dive squad searching for Nicola Bulley thinks 'something's not right'
Teenager killed in shark attack after swimming with dolphins in Australia
These are the most popular names for babies born in February
Police believe they know what happened to missing dog walker Nicola Bulley
Here's why Nicola Peltz-Beckham's family are suing her wedding planners
'He's a changed man': Woman marries her 'high school bully'
You may also like
6 days ago
"I couldn't visit Derek in hospital": Kate Garraway grills Matt Hancock
1 month ago
Boy George admits he threatened to quit I'm A Celeb four times
2 months ago
Jill Scott admits she gave Owen Warner extra food at meal time
2 months ago
Ant and Dec open up on their real feelings about the 2022 I'm A Celeb cast
2 months ago
I'm A Celeb winner Jill Scott reveals wedding plans with fiancée Shelly
2 months ago
I'm A Celeb fans are not happy after Scarlette Douglas is the second celeb dumped
Next Page