Ireland's Got Talent has been cancelled

The country still technically has talent, though, right?

Sad news for fans of homegrown skills and reality TV extravaganzas as Ireland's Got Talent has officially been put on ice.

Virgin Media Television confirmed on Friday that it has "no immediate plans" to make a new season, citing logistical and scheduling reasons. 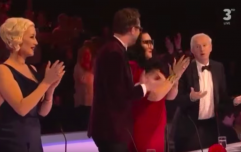 END_OF_DOCUMENT_TOKEN_TO_BE_REPLACED

Alas, there will be no third run of the show, for now at least. 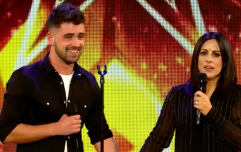 Everyone swooned for Lucy's Golden Buzzer pick on Ireland's Got Talent

END_OF_DOCUMENT_TOKEN_TO_BE_REPLACED

"Virgin Media Television today confirmed that it has no immediate plans to make a third series of Ireland’s Got Talent.

"This decision has been made due a combination of logistical and scheduling reasons.

"Virgin Media Television are tremendously proud of the show and how it has raised the bar for production in Ireland.

"We look forward to unveiling our new season schedule as we continue to increase our commitment to great content and original Irish programming.

"Further details will be announced in August."

popular
Ekin-Su Cülcüloğlu signs the biggest fashion deal in Love Island history
Love Island producers respond to claims Jacques was kicked off the show for "bullying"
Lisa Kudrow addresses lack of diversity on Friends
Met Éireann extends high temperature warning for Ireland this weekend
Love Island's Amber opens up on unaired fight between Remi and Jacques
Five teenage girls in hospital after Kilkenny crash
Andrew Le Page explains why he unfollowed Jacques O'Neill
You may also like
4 years ago
Looks like things are going to get a bit awkward on Ireland's Got Talent tonight
4 years ago
So, this is what everyone had to say about the first episode of Ireland's Got Talent
4 years ago
James Kavanagh will be fronting one of Simon Cowell's shows on TV3
4 years ago
'More like Dancing With The Staff'... Louis Walsh on Irish reality TV
4 years ago
Could you be the winner of Ireland's Got Talent? Here's how to enter
4 years ago
RuPaul's Drag Race star confirmed as judge on Ireland's Got Talent
Next Page