"It became the worst time of my life. It literally consumed every part of me."

At 20, Jesy Nelson reached the height of  as part of X Factor winning band Little Mix. It was also then that she hit her lowest point.

But it wasn't the pressure of her role, the fast-paced pop star lifestyle or murky industry bosses who contributed to a depression that would eventually lead her to attempt suicide – it was strangers online.

In her BBC documentary Odd One Out, Jesy frankly details how bullying on the internet, mainly about her appearance, broke her self esteem and changed who she was as a person. 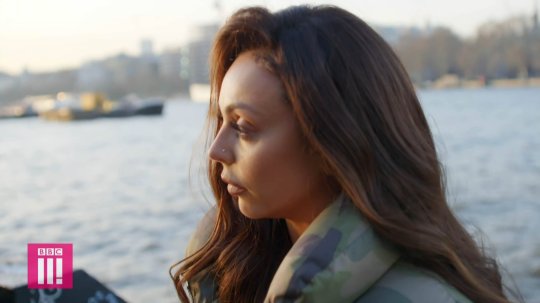 "The whole world had an opinion on me, and they weren't good ones," she said. "From the minute them comments started, it became the worst time of my life. It literally consumed every part of me."

The documentary showed how the bullying has affected Jesy personally and professionally – she would fail to turn up for work and even now is deeply self conscious – but also highlighted the story of a family whose daughter killed herself over cyber trolling.

It was an upsetting watch and a reminder that fame, success and even having a supportive circle of family and friends around can't always protect against emotional turmoil.

Many who watched shared their own experiences of being bullied and the lasting effect it can have.

I’ve felt like ‘the fat one’ in a friendship group, and the least attractive.
Luckily I didn’t have the nation commenting on it. Jesy Nelson is all kinds of brave for speaking out.
It’s cool to be kind so let’s all try harder. #oddoneout

#JesyNelson Documentary #OddOneOut speaks volumes about how cruel and out of touch humanity has really become . I absolute applaud her. What a brave , beautiful woman inside and out . I was bullied heavily and it doesn’t go away . This needs spreading and talking about ??

thank u jesy for speaking up, i happened to be bullied on tw, got called an attention seeker, a liar & was accused of faking my depression, nobody believed me when i was speaking out the truth, all those friends left me, ignored me & it was like the whole world #oddoneout +

I relate so much to the #OddOneOut #JesyNelson doc. It's really raw and I relate to what she is saying. I got bullied for how I look and still till this day am so self-conscious of how I look. I really admire Jesy telling her story, as it isn't easy @bbcthree

I didn’t realise how much #OddOneOut would resonate with me. I was bullied mercilessly. I remember every comment said to me. I still don’t like how I look; I’m still suspicious when I have male attention. I still consider myself the ‘fat ugly one’ - be kind, the impact lasts.

Many others called for schools to show the documentary to young people to educate them about the effects of bullying.

SPREAD THE WORD! please rt so everyone can see this #OddOneOut #JesyNelsonOddOneOut

‘ODD ONE OUT’ NEEDS TO BE SHOWN IN SCHOOLS TO EDUCATE PEOPLE ON THE AFFECTS CYBER BULLYING CAN HAVE!!!

Wow #OddOneOut was heartbreaking but amazing! I think this should be shown in all schools and colleges around the world ? .. Jesy you should be so proud of yourself ?

Jesy’s documentary should be shown in schools, colleges, universities, in the work place. This issue needs to be solved before more people take the plunge of ending their life. #OddOneOut

Definitely one to catch up on this weekend.