We all loved the relationship between Cady Heron and Aaron Samuels in Mean Girls, right? Well there could be more where that came from.

That is of course if Jonathan Bennett's dreams come true. 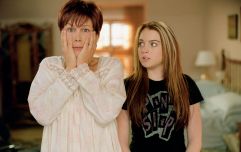 Is a Freaky Friday sequel in the works?

END_OF_DOCUMENT_TOKEN_TO_BE_REPLACED

The self proclaimed king of Christmas stepped out on the red carpet at Hallmark's "Countdown to Christmas" event in New York yesterday and as he spoke to People, the Mean Girls alum had a thing or two to say about a potential Christmas film with Lindsay.

After starring in The Holiday Sitter and Lindsay recently appearing in Falling For Christmas, it's safe to say the two know their way around a Christmas film.

"My dream and my goal is to get to do a Christmas movie with [Lindsay] Lohan and reconnect for the holidays," the 41 year old told People. 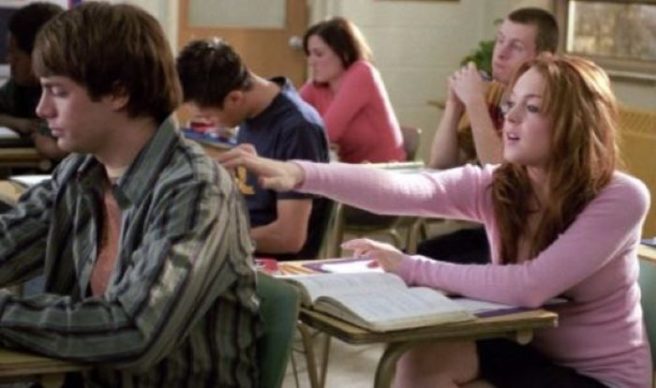 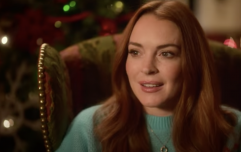 END_OF_DOCUMENT_TOKEN_TO_BE_REPLACED

Of course, fans of Mean Girls everywhere would only die if the two reunited for a Christmas film. But what he said next might send fans into a real spiral.

"I would totally do the 'Jingle Bell Rock' in the movie with her," he said. "As the self-proclaimed King of Christmas, I, with my authority, graciously welcome Lindsay Lohan into the Christmas movie world, and I hereby declare this year, Lindsay Lohan's Christmas year."

Lindsay's latest movie is titled Falling For Christmas, and in it, Lohan plays a "newly engaged, spoiled hotel heiress" who finds herself being cared for by a handsome lodge owner after she loses her memory in a ski accident over the holidays. Playing opposite her is none other than Chord Overstreet (yes, Sam from Glee).

popular
He may be a politician, but Leo Varadkar's personal life is none of our business
Fans are feeling seriously sorry for Molly Mae Hague after resurfaced interview
Kelsey Parker: "People think I should be walking around wearing my black veil"
"I slept with your fella": Vogue speaks out about ex's cheating
Woman hit by rollercoaster wakes from coma after two months
Why Are Men so Obsessed With Boobs? The Answer is Pretty Surprising...
Gwen Stefani reportedly pregnant with baby number four
You may also like
1 month ago
Lindsay Lohan is right - social media gives today's celebs a sense of control she never had
3 months ago
Netflix on the hunt for an Irish Lindsay Lohan body double
5 months ago
Lindsay Lohan has officially tied the knot with Badar Shammas
6 months ago
WATCH: Deleted Mean Girls clip shows Cady and Regina face off at prom
9 months ago
Lindsay Lohan reveals we've been saying her name wrong all these years
1 year ago
Lindsay Lohan announces engagement to boyfriend Bader Shammas
Next Page