Kate Garraway's life was turned upside down when her husband Derek Draper caught Covid-19 back in March 2020 and is still suffering from the impacts of it.

Despite the horrors she has had to face over the last two years when it comes to her husband's health, Kate insists she has had a "very lucky" life. 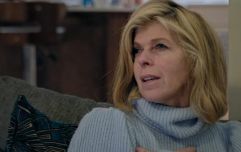 END_OF_DOCUMENT_TOKEN_TO_BE_REPLACED

"There are so many other people who every day get their life changed, by stepping in front of a bus or being diagnosed with a disease. So, actually, it’s just life and I’ve had a very lucky one," she said in an interview with You Magazine.

Derek spent over a year in hospital before returning to his family home in London with Kate and their two children, Darcey and Billy, in April last year.

Now receiving round the clock care in what was his home office, Kate says she feels lucky that he is still with her and she can witness the 'powerful, wonderful' interactions between him and their children. 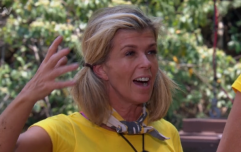 END_OF_DOCUMENT_TOKEN_TO_BE_REPLACED

Speaking about the progress Derek has made since she filmed her documentary Finding Derek, which was released last year, noting that at the time of filming, he had "a tracheotomy, was on ventilation and was in a coma."

She is now much more hopeful for his health and said that Derek "has been to a pantomime, he is home, he is aware of where he is and that’s amazing."

Kate then revealed that a second documentary is on the way, giving an update on the new reality of his life at home and the progress he has made. 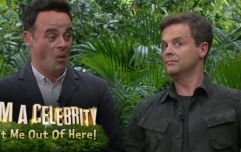 END_OF_DOCUMENT_TOKEN_TO_BE_REPLACED

Posting about the show on Instagram, Kate wrote: 'So many of you have been so kind to ask after him and Derek & I hope the doc will bring comfort to all of you who have found life has thrown you a curveball & you have had to scramble to adjust.'

The new documentary, Caring for Derek, will air on ITV1 on Tuesday 22 February at 9pm.