It turns out free speech can be quite expensive

Katie Hopkins has entered into an IVA (Individual Voluntary Agreement) in order to avoid bankruptcy, more than a year after losing a libel case to food writer Jack Monroe.

An IVA is an agreement with creditors to pay off debts in regular instalments to an insolvency practitioner, who distribute the money appropriately to creditors. 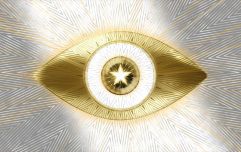 END_OF_DOCUMENT_TOKEN_TO_BE_REPLACED

Katie Hopkins lost the libel case against Monroe in March 2017 and was made to pay £24,000 in damages to the author whom she had wrongly accused of defacing a war memorial at a protest.

Monroe revealed on Twitter that she had not been able to reveal this information until now for legal reasons, but stated that 'Hopkins has entered into an IVA to avoid bankruptcy'. She went on to say 'he arbitrary defender of free speech didn't want anyone to know, ironically...'

"I have been paid in full, but many of her creditors, including my lawyer, will not be paid what they are owed.

"For the want of an apology, a house, a job, a column, a radio show, and now financial solvency, were lost. It's all very sad, actually," Monroe said.

"I'm not cruel nor celebrating - that case cost me 18 months of sanity and work, and I think neither of us wanted it to turn out this way. (I can recommend an excellent budget cookery book or three, for getting back on your feet, though)"

popular
Ben Foden explains why he called Rachel Stevens "sexiest woman alive"
A documentary about two Irish boys who skipped school to go to New York is coming soon
And Just Like That... episode 8: Nobody saw this one coming
Here are all the Instagram accounts of the stars of Netflix's Cheer
People are only realising Kendall Jenner and Gigi Hadid are related and the reactions are gas
A celebrity hairstylist just shared a genius hack for the perfect messy bun
Here Are The Top 20 Most Common Pin Codes in The World
You may also like
1 year ago
Katie Hopkins refuses to wear a mask on flight from LA to London
3 years ago
Katie Hopkins has collapsed in South Africa after taking ketamine
5 years ago
Gogglebox's Scarlett Moffatt has a Twitter spat with Katie Hopkins and the outcome is joyful
5 years ago
"Go home then" - serial offender Katie Hopkins' takes aim at Angela Scanlon
5 years ago
The Voice Twitter Account Has The Ultimate Sassy Reply For Katie Hopkins After She Slams The Show
6 years ago
PICTURE: Katie Hopkins Has Been Crucified In A Painting
Next Page