Kevin Hart and Dwayne Johnson have become an unlikely pairing after working together on action comedy Central Intelligence due out this July.

The duo has also just hosted the MTV Movie awards together, and everyone thought they did a great job.

Now, something very interesting has just been revealed about a certain project they have their eye on. 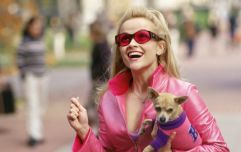 END_OF_DOCUMENT_TOKEN_TO_BE_REPLACED

Much loved 1996 adventure movie Jumanji is due to be remade, and Empire report that Hart and Johnson are seriously considering jumping at it.

In 1996, Robin Williams played Alan Parrish, who was released after being sealed inside the game for years.

Considering how much more advanced special effects technology is 20 years later, and the charisma of Johnson and Hart, this could be quite a treat.

The film has a projected release date of July 2017.

popular
Love Island's Gemma finally tells villa about dad Michael Owen on TV
Parent's Benefit Leave in Ireland is being extended from today - here's what you need to know
Irish girls name was the most used Irish name in the United States last year
Love Island: Danica sets her sights on Andrew as Luca asks Jacques about his relationship with Gemma
Love Island fans lose it over Indiyah's question about Ireland
Prue Leith responds to her son's comments about abortion
10 stunning and affordable outfits that are perfect for a summer wedding
You may also like
1 year ago
Dresses over jeans and chunky highlights: looking back at my early 2000s fashion
1 year ago
A girl never forgets her 1st mascara: a thank you to Great Lash on its 50th birthday
1 year ago
QUIZ: How well do you remember The Inbetweeners?
1 year ago
WATCH: JANDO's Christmas ad about loved ones abroad has us in tears
1 year ago
QUIZ: Can you name these 90s TV shows from a single image?
3 years ago
Ranking childhood board games from least to most satisfying to cheat at
Next Page