The actress, who played Michelle Connor for 13 years before her exit from the cobbles in January, is said to have joined the cast of the BBC drama The Syndicate.

The Sun report that she'll be playing a key character in the fourth season of the show, which is due to start filming later this year.

The drama, by acclaimed writer Kay Mellow, takes a look at how the lives of a group of people change after they win the lottery. The new season will focus on a group who work at a dog kennels in Leeds - although the drama will be split between the UK and Las Vegas.

“Landing a part in The Syndicate is something of a coup for Kym, as Kay is still viewed as one of telly’s top writers," an insider told the publication.

“And she has shown to have the pulling power to attract big-name actors to her projects, so Kym is likely to be in good company with this cast.This will be viewed as a prestigious first step to carving out a new chapter in her career after leaving Corrie.”

Kym first appeared on Corrie in a cameo role, playing Michelle Connor, back in 2006. 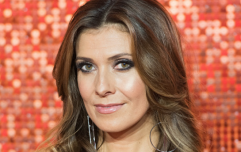 END_OF_DOCUMENT_TOKEN_TO_BE_REPLACED

Her popularity with viewers landed her a permanent role on the soap.

In February last year, the actress announced that she would be taking a break from the soap.

"When I was lucky enough to be offered four episodes, I could never in my wildest dreams have thought I'd be here 13 years later," she said at the time.

"It's been an incredibly difficult decision but it feels like the right time for me to explore some other roles. But this isn't the last you've heard of Michelle Connor – she'll be back! I can't wait to see what the writers have in store for the future."

popular
Teenager rescues two young boys who got into difficulty swimming in the River Boyne
7 skin care wonders: beauty products I just can't live without in my 30s
Power ponytails and perfect messy buns! Here's some TikTok hair hacks to try at home
Meath creche with five postive COVID-19 cases has closed due to HSE advice
Irish influencer Lisa Jordan reveals her little boy's name and it's so cute
Want a snatched nose? These contouring hacks are making waves online and they're pretty simple!
"The nightmare for Topsy and Turvy can finally end" Missing dogs are reunited and it's the best news
You may also like
1 year ago
Coronation Street's Kym Marsh reveals that she has become a grandmother for the first time
1 year ago
Kym Marsh just posted the most heartbreaking tribute to her son, 10 years after his death
1 year ago
Kym Marsh gives advice to young mums as she appears in interview with pregnant daughter
1 year ago
Kym Marsh, 42, to become grandmother as daughter Emilie announces pregnancy
2 years ago
Corrie's Kym Marsh reveals 10 year fan stalking ordeal
2 years ago
Kym Marsh says upcoming fight scene with Phelan on Corrie left her bruised
Next Page