Lady Gaga has announced a six-date The Chromatica Ball tour.

The news comes fresh off the announcement of her upcoming album Chromatica (which is out next month, FYI) and its lead single Stupid Love.

And on Thursday, the singer took to Instagram to announce her new tour - which will be taking place between July 24 and August 19, with dates confirmed in Paris, London, Boston, Toronto, Chicago and New Jersey. 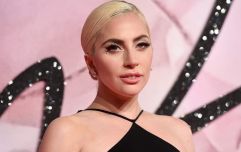 END_OF_DOCUMENT_TOKEN_TO_BE_REPLACED

Fans in London and Paris will be able to get priority access to the tickets starting March 10, if they pre-order the album.

General sale for the shows will open on March 13 - at 9am for the London show, and at 10am for the Paris show.

General sale for the Toronto gig will begin in March 13, while the sale for the US tickets will open on March 16.

According to Metro, tickets will be limited to two per customer - with each ticket bought for the UK show including a donation to Lady Gaga's Born This Way foundation.

You can find the full list of tour dates and venues below. 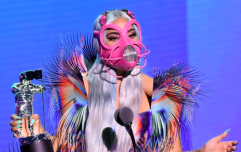 END_OF_DOCUMENT_TOKEN_TO_BE_REPLACED

Girls With Goals || Her · Ep.160: The Beauty Of Coaching - Hayley Harrison joins us from Sport Ireland
popular
Regé-Jean Page arrives in Ireland to shoot new movie
Vicky Phelan to return home in summer "to see my kids"
A pink tampon disposal glove has been created - by three men...
Government wants as wide a reopening as possible in May and June
The First Quadrillionaire? Paypal Accidentally Gives Man $92 Quadrillion
90-year-old woman loses €26.5 million in phone scam
Here's what happens on every day of your menstrual cycle (roughly)
You may also like
1 month ago
Lady Gaga shares first look at new movie, House of Gucci
1 month ago
Lady Gaga's dog walker shot as her two dogs are stolen
2 months ago
Lady Gaga Oreos are now a thing and we need to try some immediately
5 months ago
Lady Gaga stuns at Biden rally in sky-high platform boots
1 year ago
Lady Gaga just proposed to herself for Valentine's Day and yeah, same
1 year ago
Lady Gaga only delighted to have 'fooled everyone' into thinking she and Bradley Cooper were in love
Next Page