The singer, who has long been known for her outlandish red carpet looks, made yesterday no exception as she arrived to the Covid-19 appropriate event in a space inspired metallic jacket and a Conrad Muscarella headpiece.

Face masks were mandatory at this year's VMAs - and although a selection of stars walked the white carpet, many attended the event - and accepted their awards - via video link. 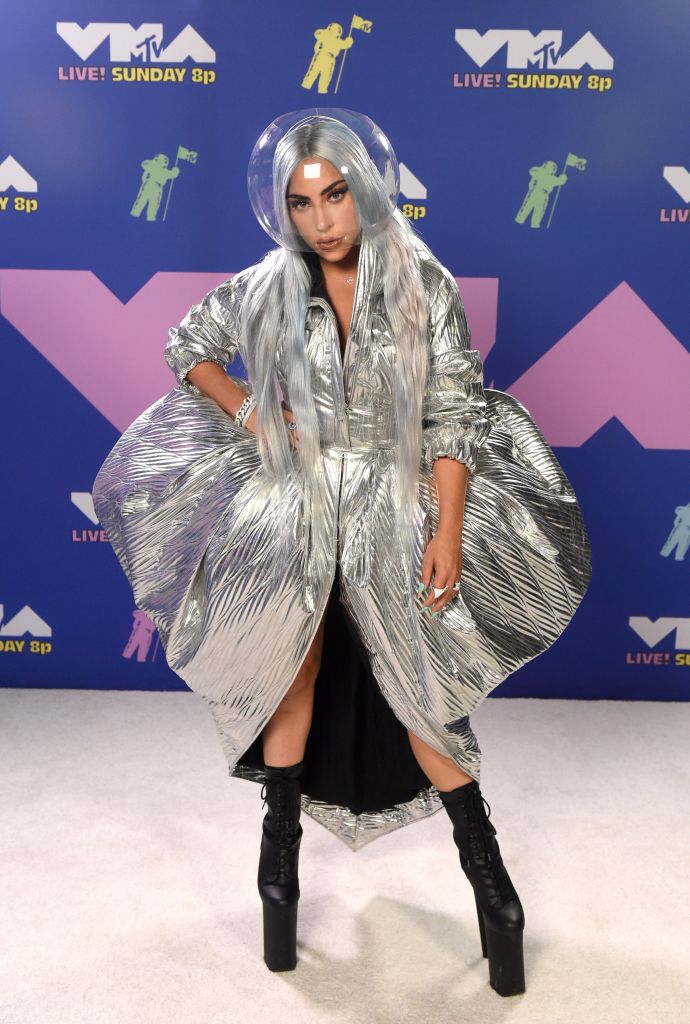 Gaga was not one of them, as she continued to pound the socially distant VMAs stage, in a selection of couture and out of this world outfits.

She not only looked incredible, she also covered her face for the entire evening. The content we deserve. 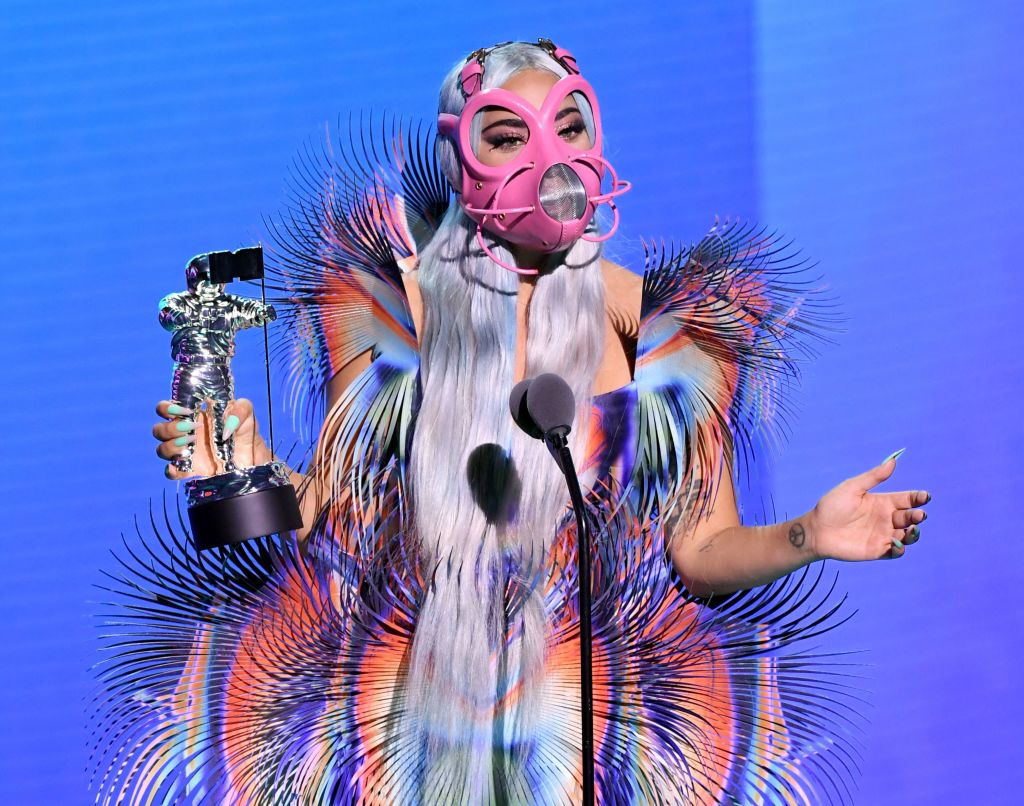 Nominated for an impressive nine awards, Gaga emerged victorious for Artist of the Year, Song of the Year, Best Cinematography and Best Collaboration for 'Rain on Me' with Ariana Grande.

She also picked up the first ever Tricon award for an artist who has excelled in three or more areas of talent.

“This has not been an easy year for a lot of people, but what I see in the world is a massive triumph of courage,” Gaga said during one of her many acceptance speeches. 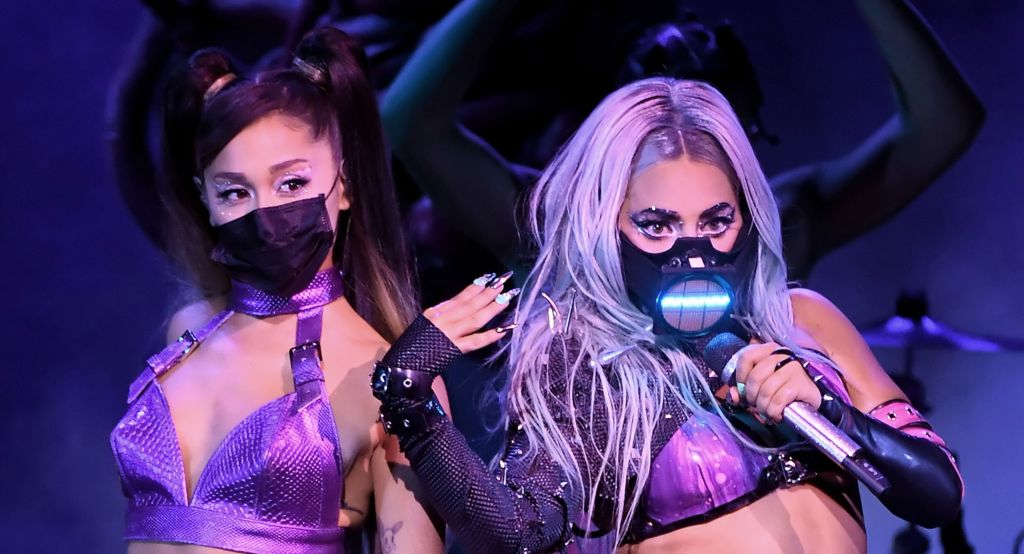 One of Gaga's most striking looks came halfway throughout the night when she appeared in an elegant Christopher John Rogers dress. 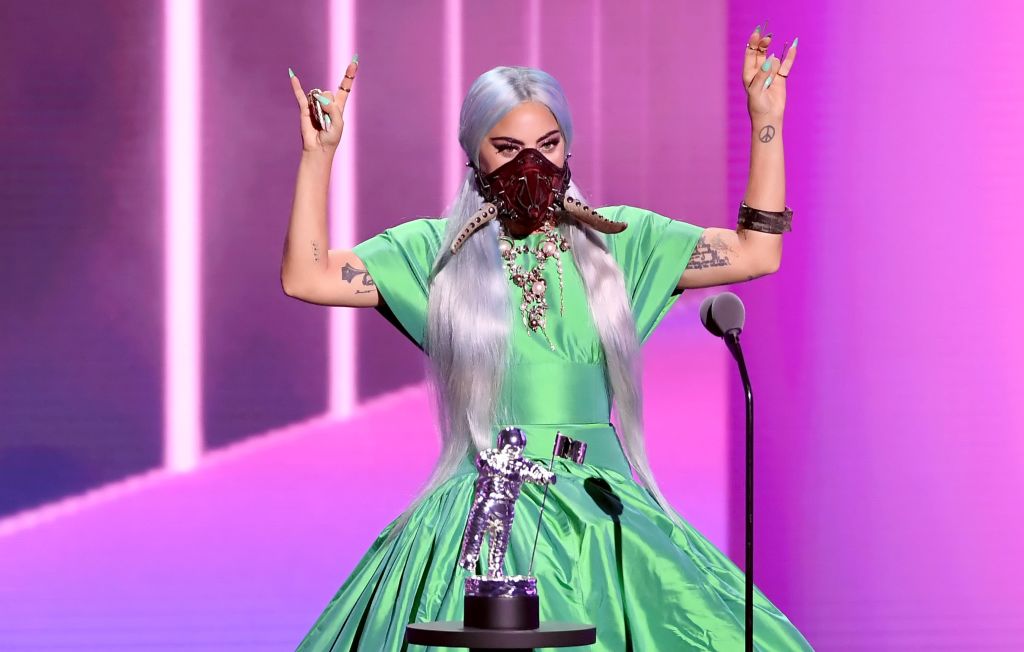 Paired alongside a face mask with jewelled horns protruding, the performer accepted yet another award during the show, before appearing later in a Valentino Haute Couture catsuit and cape.

It's lucky more people were accepting their awards from their homes really, because Gaga was winning everything anyway. 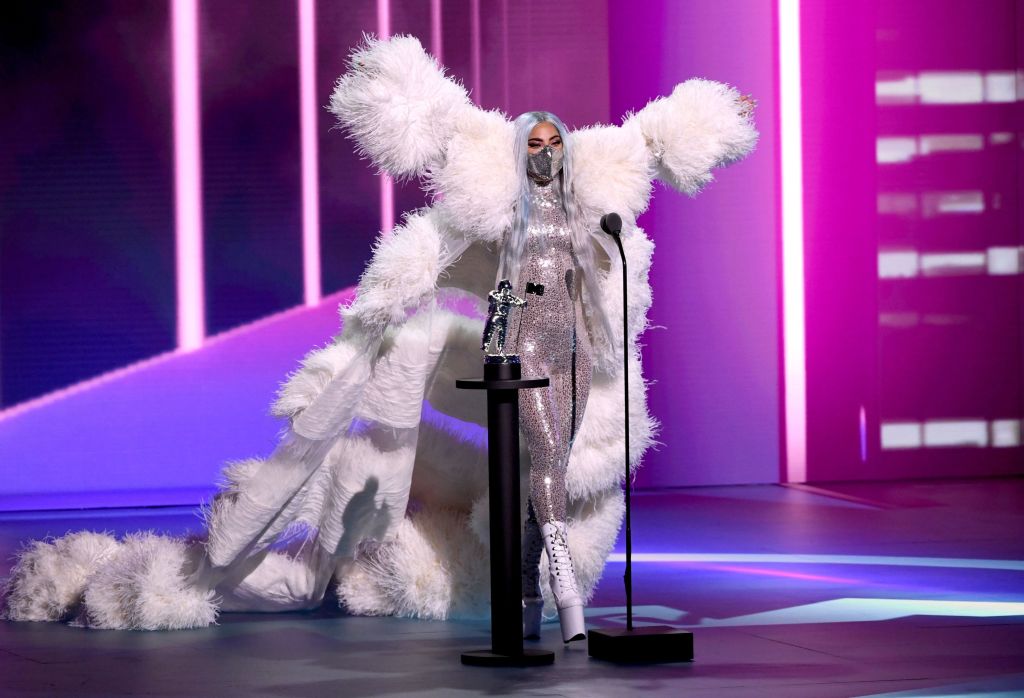 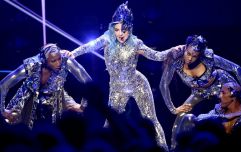 END_OF_DOCUMENT_TOKEN_TO_BE_REPLACED

“Just because we’re separated right now, and culture may feels less alive in some ways, I know a Renaissance is coming,” she said during her last speech.

Elsewhere, The Weeknd picked up multiple wins including that for Video of The Year for his track, 'Blinding Lights.'

Themes of racial justice were prevalent throughout the show as the singer paid homage to Jacob Blake and Breonna Taylor during his speech.

Rapper DaBaby also performed onto of a police car alongside a sign saying Stop Killing Us, while HER won Best Video for her song 'I Can’t Breathe.'

This year's VMAs is the first major awards ceremony to be broadcast since the beginning of the coronavirus pandemic.

The show took place from a series of studios across New York City featuring multiple socially distant and audience-less performances.

Girls With Goals || Her · Ep.160: The Beauty Of Coaching - Hayley Harrison joins us from Sport Ireland
popular
Regé-Jean Page arrives in Ireland to shoot new movie
Vicky Phelan to return home in summer "to see my kids"
A pink tampon disposal glove has been created - by three men...
Lyrid meteor shower to be visible from Ireland tomorrow
Someone has ranked the penis size of men from all over the world
Here's what happens on every day of your menstrual cycle (roughly)
The Queen has banned Meghan Markle from wearing any of Princess Diana's jewellery
You may also like
1 month ago
Lady Gaga shares first look at new movie, House of Gucci
1 month ago
Lady Gaga's dog walker shot as her two dogs are stolen
2 months ago
Lady Gaga Oreos are now a thing and we need to try some immediately
5 months ago
Lady Gaga stuns at Biden rally in sky-high platform boots
1 year ago
Lady Gaga just proposed to herself for Valentine's Day and yeah, same
1 year ago
Lady Gaga only delighted to have 'fooled everyone' into thinking she and Bradley Cooper were in love
Next Page