This week's Late Late Show guests have been revealed, and lads we're excited.

The STUNNING Rod Stewart is among those joining host Ryan Tubridy on Friday's show.

In a moving, pre-recorded interview, Rod Stewart will reflect on his career, family, fame and fortune while also explaining why Irish ballad Grace has a special place in his heart.

Earlier this week the HSE confirmed that the uptake of the HPV vaccine has reached 70%, and cervical cancer campaigner Laura Brennan has been front and centre to advocate for the vaccine. Tubridy will talk to Laura about what the rise in uptake means to her, and the audience will hear about the impact that the campaign has had on teenage girls.

Katie Healy and David Nolan, two survivors of the terror attack at the Bataclan theatre in Paris in November 2015 will be in studio talking to talk about their life since the attack, and a life changing diagnosis their young daughter received last December. 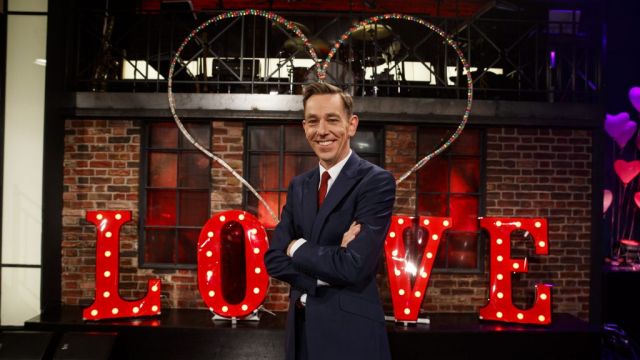 They will also be joined by Keeva Delaney, a girl who has written a book to raise money for Cliona's Foundation, a charity that provides much needed help to parents of children with life limiting conditions.

END_OF_DOCUMENT_TOKEN_TO_BE_REPLACED

He brought us Irish Mammies, and now author Colm O'Regan is back with a new book: Ann Devine, Ready For Her Close-Up. Colm will discuss what makes the Irish Mammy such a treasured part of our national identity, and why he’s decided to make one the centre point for his first outing as a novelist.

There will also be a look back at some of Ireland’s most iconic ads, and a catch up with actor Joe McKinney 25 years on from dancing in that Guinness ad.

Musical entertainment comes from James Morrison and there'll be a performance by Rhythm of the Dance.

The Late Late Show airs on Friday at 9.35pm on RTÉ One.