Lewis Capaldi's 'Someone You Loved' was officially the biggest song in Ireland last year.

Capaldi's breakthrough song was the most popular track with the Irish public in 2019 when downloads, audio streams and video plays were combined, notching up a combined 26.8 million streams across audio and video.

'Someone You Loved' spent six weeks at the top of the Official Irish Singles Chart across March and April.

'Old Town Road' by Lil Nas X came in at a very close second, racking up a combined 21.3 million audio and video plays. 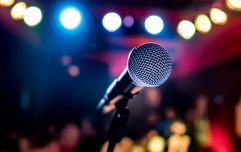 END_OF_DOCUMENT_TOKEN_TO_BE_REPLACED

It was also announced that there was a total of 7.5 billion audio streams logged in Ireland last year, a 37% growth compared to 2018. We love our tunes, so we do.

A full list of Ireland's most listened to songs of the year can be found here.

popular
10 Dublin restaurants with outdoor areas we'll be hitting up for the next 3 weeks
WATCH: Simone Biles just did a triple backflip, a move not even recognised in women's gymnastics
New documentary sheds light on hidden sexual violence of the Irish revolution
The Christmas movies TV channel is launching this week
Someone has ranked the penis size of men from all over the world
Mars to change name of Uncle Ben’s rice to Ben’s Original
The Queen has banned Meghan Markle from wearing any of Princess Diana's jewellery
You may also like
3 hours ago
"My humour is a buffer zone between my emotions": CMAT chats loneliness, shit-posting, and getting a look in
9 hours ago
Soda Blonde: "So much talent has been highlighted over lockdown, we need to start supporting our own"
2 days ago
Irish Women in Harmony planning Christmas single, looking for girls under 12 to join them
1 week ago
Hozier is raffling off a virtual coffee date with himself in aid of charity
1 week ago
Wild Youth just released a new track and we can't stop singing it
1 week ago
Stormzy debuts new music video at north Dublin school
Next Page