Liam Payne has moved on from Cheryl with Bella Hadid's doppelgänger

Just six weeks after announcing their split, and Liam Payne seems to be moving on with a new relationship.

Yes, reports suggest that the former One Directioner has found someone new in the form of model Maya Henry.

Liam is said to have taken the 18-year-old on a string of dates including one to London’s exclusive Bulgari hotel last week, with the pair reportedly checking out only hours apart.

END_OF_DOCUMENT_TOKEN_TO_BE_REPLACED

The pair were also spotted together a month ago when they were leaving the Dolce & Gabbana gala dinner in Lake Como.

However, their first meeting was long before either of those events. Maya is said to have snapped a picture with the former 1D singer when she was just 15 at a meet-and-greet event.

Maya now works as a model, most notably for Dolce & Gabbana, and we cannot help but notice a similarity between her and another famous runway model.

Is it just us or is Maya a dead ringer for Bella Hadid? We’re just putting it out there. 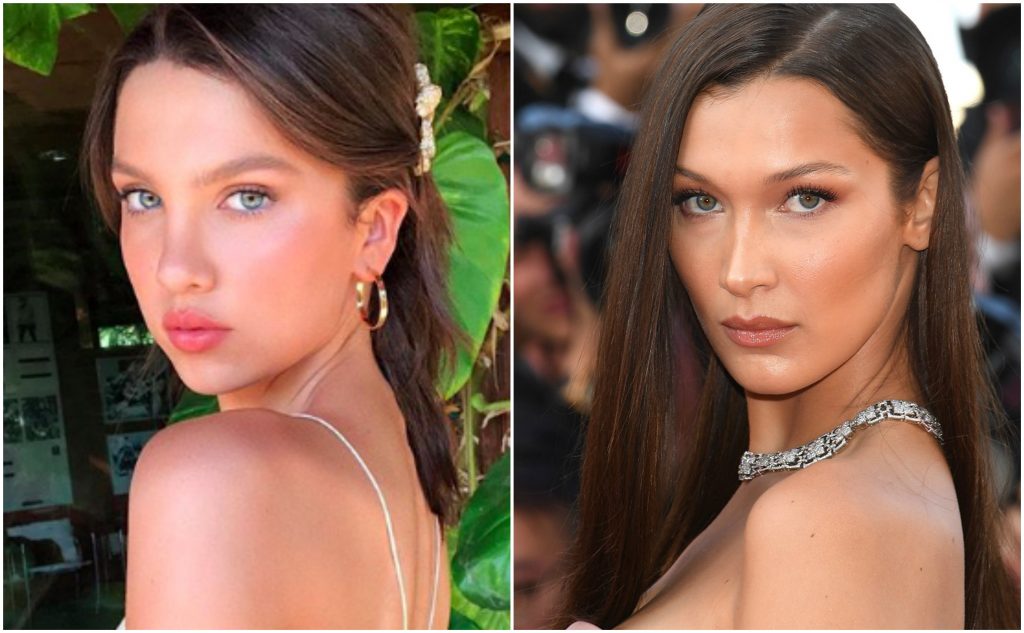 Eagle-eyed fans have noticed that Liam has been liking many of Maya’s pictures on Instagram and those of her brother Thomas.

The news comes just six weeks after Liam and Cheryl announced their split, with Liam saying in a statement:

“Cheryl and I are sad to announce that we are going our separate ways. It’s been a tough decision for us to make.

“We still have so much love for each other as a family. Bear is our world and we ask that you respect his privacy as we navigate our way through this together.”

Girls With Goals || Her · Ep.160: The Beauty Of Coaching - Hayley Harrison joins us from Sport Ireland
popular
TikTok Trend: What is laundry stripping and does it work?
M&S just launched the designer collaboration of dreams – with the ONE dress everyone needs
Kate Middleton has addressed the rumours that she's pregnant with her fourth child
Starbucks has a bubblegum-flavoured frappuccino on their menu – but you need to hurry
Jennifer Aniston is reportedly pregnant with her first baby
Here's what happens on every day of your menstrual cycle (roughly)
The Queen has banned Meghan Markle from wearing any of Princess Diana's jewellery
You may also like
1 month ago
Sarah Harding reveals her cancer has spread and admits this Christmas was 'probably her last'
1 month ago
Stacey Solomon has revealed the role her boys (and dogs) will play at her wedding
2 months ago
JoJo Siwa introduces her new girlfriend in anniversary Instagram post
6 months ago
Jackie Stallone: Celebrity Big Brother star and Sly's mother dies aged 98
8 months ago
Ed Sheeran is reportedly expecting a baby with wife Cherry Seaborn
10 months ago
Model Joanna Cooper has introduced her new puppy 'Kevin' to the world
Next Page