Just days after it was reported that Liam Payne had moved on from Cheryl with model Maya Henry and now pictures of the singer with another model have appeared online.

Yes, six weeks after his split from Cheryl Cole and Liam is making sure to enjoy his newly single life and play the field.

Liam was spotted holding hands, kissing and cuddling with model Cairo Dwek in a villa in Italy this week with all signs suggesting the pair are dating. 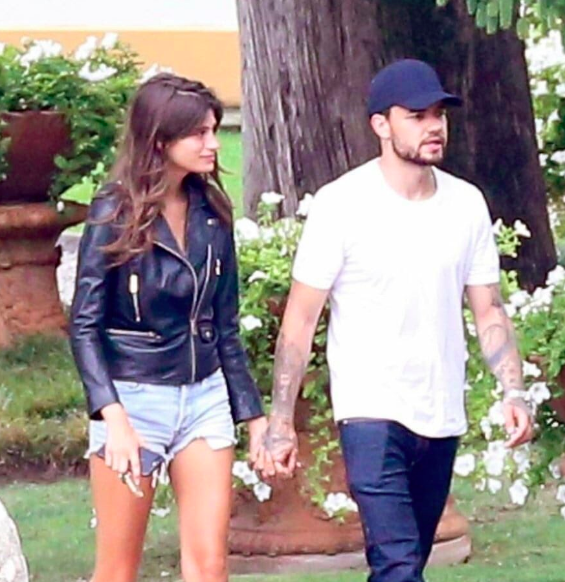 The former One Directioner had previously been spotted flirting with the 20-year-old model was partying in a nightclub in Cannes recently, however, these are the first pictures of the pair together.

“There’s no doubt Liam and Cairo are more than just friends,” a source told The Sun.

“They were passionately kissing with his hand wrapped around the back of her head and they obviously couldn’t get enough of each other.

“They were walking around the hotel grounds hand-in-hand, he had his arm around her a lot and she had her hand on his bum.

“They’re obviously massively into each other.”

Liam Payne and Cairo Dwek on holiday in Italy pic.twitter.com/sb73OVJDvb

The pictures emerge days after Liam was linked to 18-year-old Maya Henry who the singer was seen on dates with in London’s exclusive Bulgari hotel before reportedly checking out just hours apart.

END_OF_DOCUMENT_TOKEN_TO_BE_REPLACED

The pair were also spotted together a month ago when they were leaving the Dolce & Gabbana gala dinner in Lake Como.

However, their first meeting was long before either of those events. Maya is said to have snapped a picture with the former 1D singer when she was just 15 at a meet-and-greet event.

This all comes just six weeks after Liam and Cheryl announced their split, with Liam saying in a statement:

“Cheryl and I are sad to announce that we are going our separate ways. It’s been a tough decision for us to make.

“We still have so much love for each other as a family. Bear is our world and we ask that you respect his privacy as we navigate our way through this together.”

popular
The internet is saying the same thing after Ryan's Toy Show opening
Top 9 moments from the Toy Show we're still talking about
The Toy Show DJ brothers have been offered their very first gig
Vicky Phelan reveals how she's keeping up with her family Christmas traditions post treatment
Viewers in bits after Barry Humphries congratulates Dermot O'Leary on coming out
We finally know what happened to Sam in And Just Like That
Four teenage boys arrested on suspicion of murdering 12-year-old girl in UK
You may also like
3 weeks ago
Gigi Hadid reportedly met with custody lawyers after alleged fight
3 weeks ago
Millie Mackintosh's daughter taken to A&E with hand, foot and mouth disease
1 month ago
Love Island’s Jake reveals he no longer speaks to any of the girls from the villa
4 months ago
Lottie Ryan says son Wolf is a "gift from dad" Gerry Ryan
4 months ago
Police called to Rihanna's house after man breaks in
3 days ago
Personality Quiz: Which Selling Sunset realtor are you?
Next Page