After Life season two has just landed on Netflix, so weekend sorted, tbh

Last year, After Life delighted everybody with its accurate, heartwarming, and entirely wholesome depiction of grief, friendship, and eventually moving on.

Created by and starring Ricky Gervais, the series details the story of Tony, a man whose innate lust for life is crushed by the untimely passing of his wife, Lisa.

END_OF_DOCUMENT_TOKEN_TO_BE_REPLACED

The black comedy received fairly favourable ratings across the board, with many applauding Gervais for writing a script that was equal parts poignant, important, and really very funny.

And now, After Life season two has just landed on Netflix - so if you were lamenting the impending weekend with not a whole lot to watch, look no further. 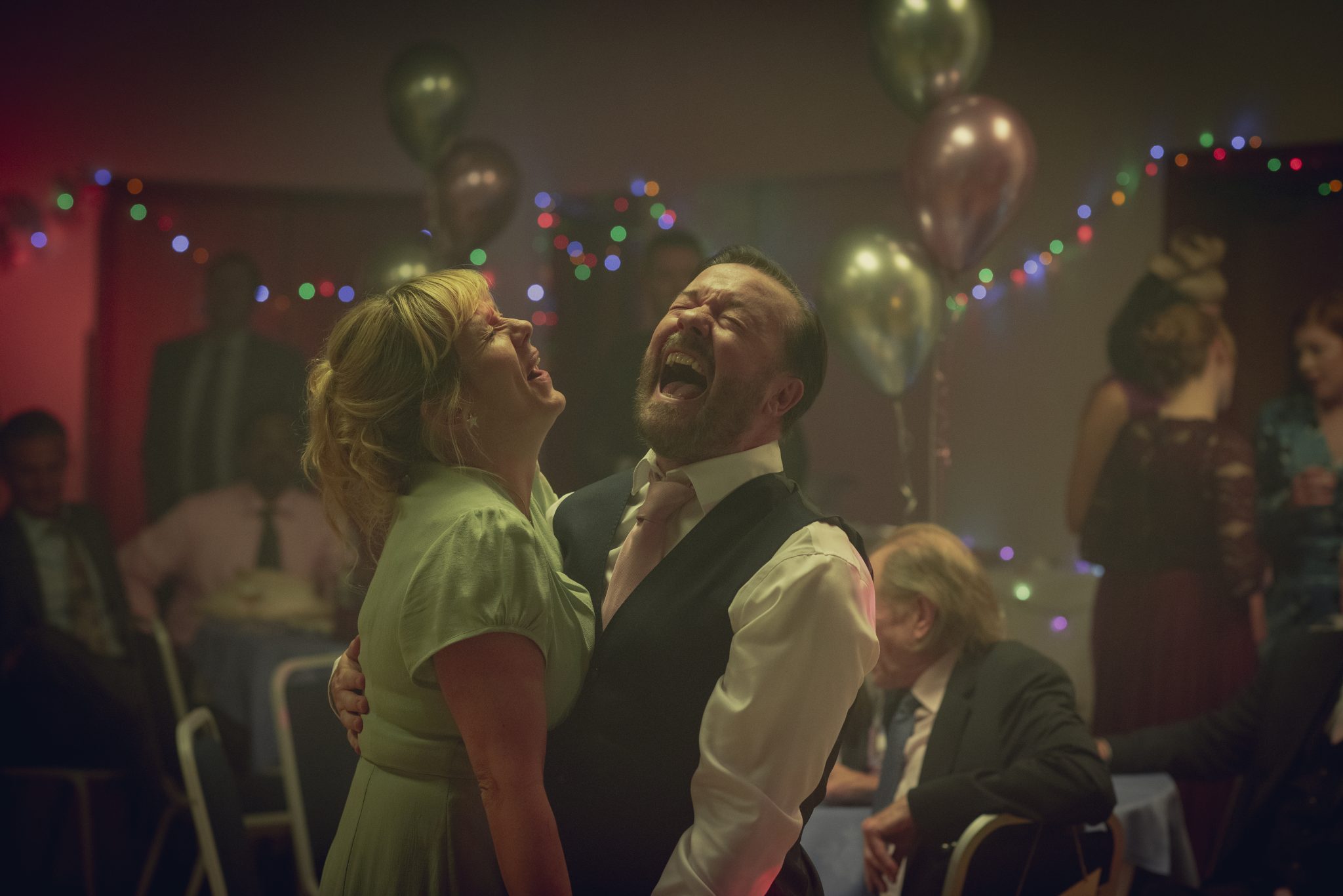 In series two, whilst still struggling with immense grief for his wife, Tony does everyone a solid and tries to become a better friend to those around him.

END_OF_DOCUMENT_TOKEN_TO_BE_REPLACED

But taking the leap isn't as simple as it seems, as each person is grappling with their own problems - issues that are only intensified by the looming threat of the local newspaper shutting down.

Chaos, it seems, is surely likely to ensue - and it unfortunately looks like Tony might be the only person with the capacity to lift everybody's spirits.

Let's see how that pans out, shall we?

After Life season two is streaming on Netflix now. You can check out the trailer for season two here:

popular
Stevie Nicks leads tributes following the death of Christine McVie
Gifts for Him: 18 affordable presents for your old fella, brother or boyfriend this Christmas
Gwen Stefani reportedly pregnant with baby number four
Why Are Men so Obsessed With Boobs? The Answer is Pretty Surprising...
Here are the first four people officially heading onto Dancing With The Stars
"You can’t imagine what it feels to have had a baby and yet feel like you didn’t"
Mollie King announces death of her father just weeks after welcoming her first child
You may also like
2 days ago
This Netflix Christmas film is being dubbed the perfect rom-com
2 days ago
The trailer for Harry & Megan has finally dropped
1 week ago
This is the date we'll get to see Prince Harry and Meghan Markle's Netflix series
3 weeks ago
The Crown stars hit the red carpet for season 5 premiere
3 weeks ago
Netflix renews controversial Monster series for 2 more seasons
3 weeks ago
WATCH: The trailer for Dead to Me is here
Next Page