A BBC newsreader has a conversation with the child of a doctor he was meant to be interviewing and it's very cute!

When are people going to learn that children and live business video calls don't always go together? I hope never because it brings us joy to see parents try to keep their work face on as their child carries on with their day.

Let's face it, an unplanned cameo by someone's child on the live news is always going to brighten up the new bulletin. This week it was BBC News' turn to have a little visitor join them during an interview about the current pandemic.

Dr. Clare Wenham was being interviewed on BBC when her daughter, Scarlett, started appearing in the background moving things around on a shelf in shot behind her. Scarlett was oblivious to the important call her mom was on while she pottered about with her day.

Dr Clare Wenham, we understand your struggles of working from home and looking after children ?https://t.co/vXb15EQatL pic.twitter.com/4f3PODtJWA

While her mom was being asked questions about COVID-19 and local lockdowns, Scarlett was having her own conversation with herself and her mom, asking about her opinion on a few things, “Mummy, where do you want this picture?” 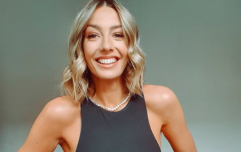 END_OF_DOCUMENT_TOKEN_TO_BE_REPLACED

Dr. Clare tried to tell her to keep it down but of course as any child would she kept doing exactly what she was doing, and ignored her mom until she noticed the BBC News reader Christian Fraser talking to her. Then she asked: “mummy, what’s his name?”!

The hilarious conversation continued live on air as Scarlett responded: “Christian, I’m just deciding where it can go and where mummy wants it to go.”

Her mom was of course a little embarrassed about the situation and apologised “I’m so sorry” to which Mr Fraser said “the most informative interview I’ve done all day."

popular
Staycation: TripAdvisor reveals the top 10 hotels in Ireland for 2020
Daisy Coleman from Netflix's Audrie & Daisy has died, aged 23
Rupert Young, twin brother of Will Young, passes away, aged 41
WATCH: Sneak peak of Paul Mescal in latest Rolling Stones' music video
Luxury Wedding Competitions is giving you the chance to WIN your dream wedding for just €20
QUIZ: How well do you know The Young Offenders?
Irish actor Richard Flood promoted to series regular on Grey's Anatomy
You may also like
2 weeks ago
Looks like a Derry Girls movie is indeed on the way, according to creator Lisa McGee
2 weeks ago
Emily in Paris: Everything you need to know about the Sex and the City-esque Netflix show
3 weeks ago
Toy Show 2020: Yes, it's happening - and here's everything we know so far
3 weeks ago
Naya Rivera, an icon and an ally to the LGBTQ+ community
3 weeks ago
Michelle Obama announces new podcast with Spotify
3 weeks ago
Emmerdale's Paula Tilbrook has died, aged 89
Next Page