Callers said the show was "horrific".

Complaints were flying in to Joe Duffy's Liveline show on Monday as people expressed their opinion about a new RTE show.

My Bungalow Bliss sees first-time homeowners pair up with top architects, such as Hugh Wallace, to redesign their "dark, damp and dated" properties.

END_OF_DOCUMENT_TOKEN_TO_BE_REPLACED

Kicking off on Wednesday evening, the first episode will feature Davin and Niki and their "cold, dark and warren-like bungalow, which has been extended carelessly multiple times over the decades by the previous owners".

And even though it hasn't aired yet, there is much drama surrounding the show.

One caller named Patricia said she saw the ad for the programme during the Late Late Toy Show and was distraught as it was a massive insult to people who live in bungalows.

"I think someone needs to challenge this," she said. "I've lived in a bungalow for 44 years. A 'bog-standard bungalow' is false.

"It's horrific. The whole thing should be pulled off the air. It's an insult to people who have built bungalows. It's a load of cobblers and false advertising. It's insensitive to people who do have bungalows." 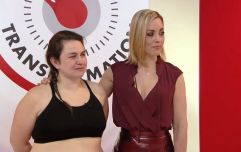 END_OF_DOCUMENT_TOKEN_TO_BE_REPLACED

She added that she even had three walk-in showers in her "beautiful" bungalow.

Another caller said: "When I saw that ad, my blood boiled. The 'catastrophe' reference especially."

While a third added: "I was offended by the term 'bog standard'," in reference to the advertisement."

"If ever someone had little to be worrying about, it's this woman on #Liveline complaining that her luxury bungalow has been insulted," one person pointed out. 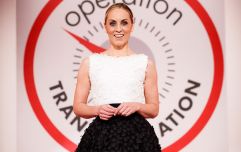 END_OF_DOCUMENT_TOKEN_TO_BE_REPLACED

"The boomers on #Liveline gloating about the fabulous bungalows they built in the 70s from the Bungalow Bliss book on free land, using free labour cos their mates built them by hand. Is it any wonder they don't understand what my generation and younger face in today's Hellscape!?"  another said.

popular
Women are rinsing their hair in apple cider vinegar – and the results are amazing
Woman hospitalised following stag attack in Co. Kerry
"Hair contouring" is about to be huge, here's everything you need to know
Worried about a loved one? Here are 5 signs of suicide to look out for
And Just Like That... episode 8: Nobody saw this one coming
Someone has ranked the penis size of men from all over the world
Here are all the Instagram accounts of the stars of Netflix's Cheer
You may also like
2 weeks ago
Nika McGuigan's dad leaves viewers heartbroken after speaking of daughter's death
2 weeks ago
Documentary about Irish CNN reporter Donie's rise to fame airs tonight
3 weeks ago
Jim Sherwin, former RTÉ sports commentator, dies aged 81
1 month ago
Charlie Bird says he "cries every day" as he struggles to cope with MND diagnosis
1 month ago
Marty Morrissey to take a step back from RTÉ after tragic death of mum Peggy
1 month ago
Andrew McGinley receives messages of support from RTE staff after cancelled interview
Next Page